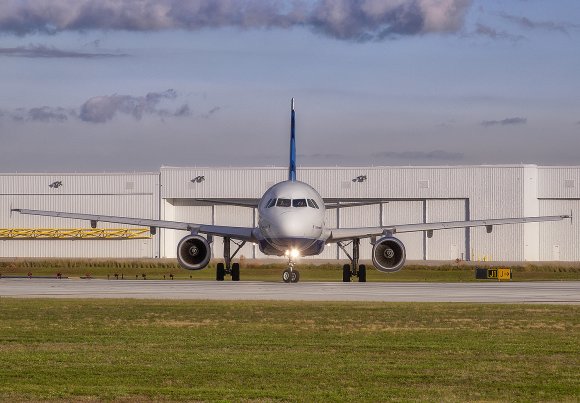 JetBlue Airways has dismissed claims that it is coordinating flights and routes beyond what is allowed under its Northeast alliance with American Airlines as “baseless.”

In a filing with the US Transportation Department (DOT), the New York-based carrier has hit back at complaints made by Spirit Airlines and Eastern Airlines earlier this month, saying it should “not be penalized for unfounded allegations.”

The spat comes after JetBlue requested to shift seven frequencies between Fort Lauderdale (FLL) and Quito (UIO) to service between New York John F Kennedy (JFK) and Guayaquil (GYE) from June. The move would increase the JFK-GYE route to double-daily.

American is also seeking to adjust its flights to Ecuador by moving its 7X-weekly services to UIO and GYE from Dallas Fort Worth (DFW) to Miami (MIA). The transfer will increase both MIA-UIO and MIA-GYE to 3X-daily.

Spirit alleged that the timing of JetBlue’s proposed change “suggests that the two carriers are coordinating outside the scope” of their new Northeast alliance, adding that the moves “raise obvious questions of either explicit or tacit coordination.”

Eastern—which is the only nonstop competitor in the JFK-GYE market—also said the transfer request “undermines competitive and public interest considerations to the detriment of the traveling public.”

However, JetBlue has urged the DOT to “promptly approve” its motion so that the proposed flights can operate in June 2021 as planned, adding that there is “absolutely no connection or linkage” between American’s and JetBlue’s requests.

“The [Northeast alliance] only involves routes touching the three New York-area airports and Boston and is subject to strict antitrust protocols that have been reviewed by the Department,” JetBlue said in the DOT filing.

“Any route decision made by American in non-NEA geographies does not involve JetBlue (and vice versa). There was absolutely no connection or linkage between American’s and JetBlue’s requests. JetBlue (and consumers) should not be penalized for unfounded allegations made by Spirit and Eastern.”

JetBlue said its decision to operate a second daily JFK-GYE flight is a “tactical move” related to unserved demand resulting from LATAM’s decision to suspend service on the route, which was operated using Boeing 767-300ER aircraft until March 2020.

“With those seats gone from the market, historical load factor data suggests that the New York-Guayaquil market will be underserved this summer,” the DOT filing said. “JetBlue operating a second daily rotation would add back 200 daily seats each way in the market.”

The carrier also alleged that Eastern “lacks credibility to make such an unmerited complaint” against it, pointing to a “disregard for norms and practices” in international markets.

However, JetBlue said it “strongly agrees” with Spirit’s call for the DOT to negotiate an increase in frequencies between the US and Ecuador, which are capped at 120 weekly roundtrips.