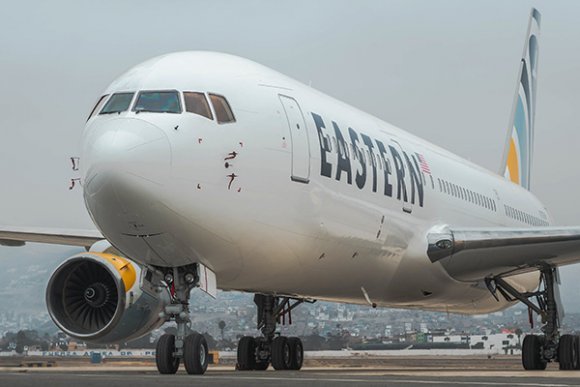 Sarajevo, the capital of Bosnia and Herzegovina, will become Eastern Airlines’ first transatlantic destination as the US carrier continues to seek out niche opportunities.

The Pennsylvania-headquartered airline intends to link Chicago O’Hare (ORD) with Sarajevo International (SJJ) from May 28 using Boeing 767-200ER aircraft. Flights will be 1X-weekly during the summer through Sept. 5.

As well as becoming the carrier’s first route to Europe, it will also be Eastern's maiden service from ORD. Since relaunching in January 2020, Eastern has focused much of its expansion from New York John F Kennedy (JFK) and Miami (MIA), flying older widebodies on thin routes to destinations in Latin America.

The outbound flight from ORD departs at 7.05 p.m. on Fridays, arriving in SJJ at 11.05 a.m. the following day. The return leg leaves Bosnia and Herzegovina’s capital at 8 a.m. on Sundays and touches down on US soil at 12 p.m.

Now led by CEO and president Steve Harfst, Eastern’s strategy is to operate low-cost long-haul routes to secondary markets. The airline took to the skies in January 2020 with flights between JFK and the Ecuadorian city of Guayaquil (GYE).

As the pandemic curtailed much of the carrier’s planned scheduled flying in 2020, Eastern changed tack to focus on charter and repatriation flights. However, a number of new scheduled services are set to launch this year, including flights to Belo Horizonte (CNF) in Brazil from Boston (BOS), JFK and MIA.

On the planned new ORD-SJJ route, the airline will become the only operator of nonstop flights between the US and Bosnia and Herzegovina. Sabre Market Intelligence data shows O&D traffic between Sarajevo and the US totaled more than 70,000 two-way passengers in 2019, with Chicago the second largest market after New York.

The war in Bosnia-Herzegovina from 1992 to 1995 brought the largest influx of Bosnian refugees to Chicago, with the Windy City becoming home to an estimated 40,000 Bosnians. Eastern will therefore likely target VFR traffic, as well as some leisure. Cargo could also be a factor behind the launch.

Given SJJ is the carrier’s only route out of ORD, it will be interesting to see if further routes will be added to the airline’s network from Chicago.