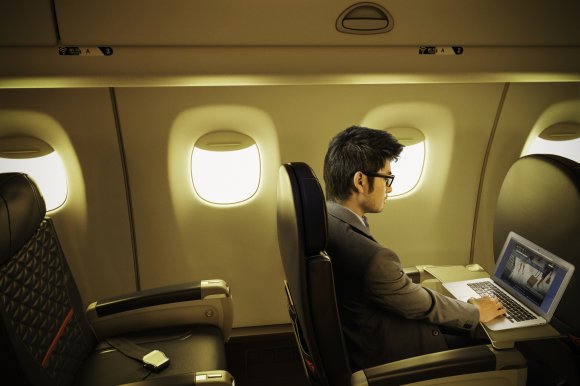 At the end of March, Delta had recovered roughly 20% of its corporate volumes compared with 15% at the end of 2020. The airline’s president, Glen Hauenstein, told analysts and investors that small and medium enterprises are outperforming other corporate entities by about five points.

Delta expects corporate volumes to continue to improve through the summer, and anticipates significant increases will occur after the September Labor Day holiday as the more traditional business travel season gets underway, Hauenstein said.

The company expects operations and sales travel to lead the recovery, with large conference and internal meetings as the last corporate sectors to recover.

Delta’s most recent survey of its corporate accounts indicates that one third of those entities expect to increase travel volumes in the second quarter, “and a majority of our corporate customers expect to return to offices in the second half of the year,” Hauenstein said.

A full recovery of business travel remains tough to predict, but Delta CEO Ed Bastian remarked the airline’s corporate survey showed 36% of its business customers expect to reach pre-crisis travel levels in 2022, and 16% expect to reach that benchmark in 2022. Roughly 8% stated they would never return to pre-pandemic levels, and 40% were unclear about the levels of travel they anticipate.

Taking a conservative view of those results, Bastian remarked that Delta could see 75% to 80% of its corporate revenue return during the next couple of years.

In the near term, Delta has calculated that bookings for domestic leisure travel have reached 85% of 2019 levels and “Latin leisure markets are fully restored,” according to Hauenstein.

The airline is also unblocking its middle seats for sale starting in May. And although in March Delta left roughly $100 million to $150 million of revenue “on the table” by not selling those seats, Hauenstein explained it was something the airline would do again, noting it “set Delta apart,” and ensured a strong brand for the company as it emerges from the crisis.

Delta expects it sellable capacity in the second quarter to decrease roughly 40% compared with 2019 levels and revenue to drop 50% to 55%.

Delta posted a $1.8 billion net loss in Q1. But Bastian stated the company still sees a path to return to profitably in Q3.