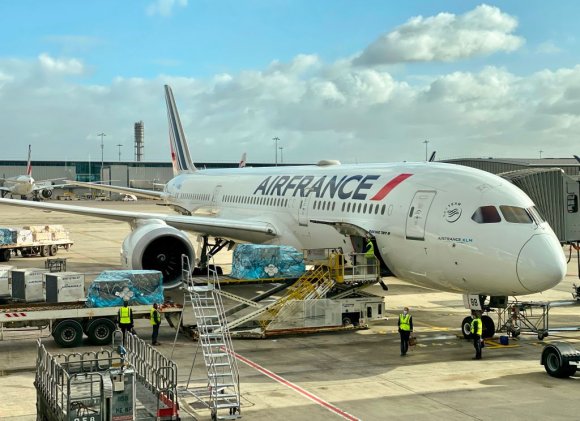 Air France has revealed plans to launch a new nonstop transatlantic route from July when the flag-carrier begins serving the US city of Denver for the first time.

Flights between Paris Charles De Gaulle (CDG) and Denver International (DEN) are scheduled to operate three times per week onboard a 279-seat Boeing 787-9 aircraft. Service to Colorado's biggest city will begin on July 2.

“We know people everywhere are eager to travel safely, and Air France is just as eager to provide them the opportunity to travel the world,” Air France-KLM VP and general manager for USA Stéphane Ormand said.

The route, scheduled to operate through Oct. 29, will mark the first time a SkyTeam alliance carrier will connect DEN nonstop with Europe. The airport estimates the service will generate between $12 to $20 million in annual economic impact to Colorado’s economy, and create up to 150 new jobs.

Air France will become the 24th airline to serve DEN and joins other SkyTeam members Delta Air Lines and Aeromexico at the airport.

“These new flights directly reflect the work we have done to position Denver as a global city,” Denver Mayor Michael B. Hancock said. “With nonstop service to Paris, Air France is supporting our economic recovery with jobs and an investment in our region’s tourism and hospitality industry.”

Prior to the COVID-19 pandemic, Denver ranked as one of the top 10 US markets in terms of demand for travel to and from Paris. According to data provided by Sabre Market Intelligence, O&D traffic totaled 119,504 two-way passengers in 2019, placing Denver as the eighth largest Paris-US market.

“The establishment by Air France of a brand-new transatlantic route during the most challenging time in aviation history is a remarkable endorsement of the resiliency of demand for travel to Denver,” DEN CEO Kim Day said.

“We are confident Air France will find success in Denver and we have no doubt that travelers will embrace these new nonstop flights to Paris over the long term.”

Air France’s planned CDG-DEN route will restore a nonstop link between the two cities. The destinations were last served by Norwegian between April 2018 and October 2019. Prior to suspending the route, the Scandinavian LCC served the market up to 3X-weekly using 787-9s.

The addition of DEN means Air France intends to serve 12 US cities during the 2021 summer season, should COVID-19 travel restrictions allow.