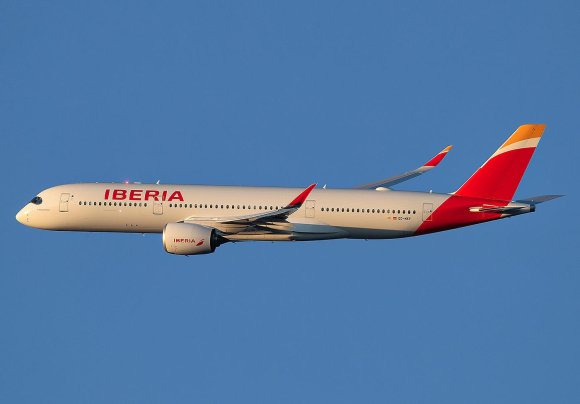 Spanish flag-carrier Iberia has announced an ambitious summer program, resuming scheduled flights to many past destinations and adding capacity on its busiest routes as more travel restrictions lift.

Several domestic trunk routes are expected to reach 2019 capacity levels again. In the third quarter of 2021 full-service carrier Iberia, LCC Iberia Express and Iberia Regional/Air Nostrum will together fly to a total of 112 destinations, 24 of which will be long-haul.

“As a country, we can’t afford to lose two whole seasons, so we must make every effort to save the coming one.”

Sánchez-Prieto said vaccination campaigns are leading to the lifting of restrictions on travel, and that it was vital to come up with formulas that allow flying to fully return in Europe, the Americas, and eventually every other country in the world.

Meanwhile, Iberia is awaiting authorization to start flying twice a week to the Maldives in July and August. “The announcement of the new Maldives route is expected to raise company morale and is viewed both as good news for the travel business and as an example of how Iberia is adapting to the new circumstances, and opening new markets,” Sánchez-Prieto added.

In July, the oneworld alliance member plans to resume flights from its Madrid Barajas (MAD) hub to Boston Logan (BOS), Chicago O'Hare (ORD) and Los Angeles (LAX), in addition to Miami (MIA) and New York (JFK), which operated year-round prior to the pandemic. The International Airlines Group (IAG) subsidiary’s traditional network to Latin America will rise to 18 destinations. From May the carrier has scheduled direct flights to Guayaquil (GYE), Ecuador again and in June services will be resumed to Cali (CLO) airport near Bogota, Colombia and San Juan (SJU), Puerto Rico. The airline is awaiting the reopening of Venezuela to restart flights to Caracas (CCS). Additional summer destinations in Europe include Bergen (BGO) and Oslo (OSL) in Norway; Budapest (BUD), Hungary; Catania (CTA) and Olbia (OLB) in Italy; Corfu (CFU), Greece; and Dubrovnik (DBV), Split (SPU) and Zagreb (ZAG) in Croatia.

On the domestic front, Iberia Express will be prepared to reach 2019 traffic levels in July and August with flights from Madrid offering a total of more than 507,000 seats on routes to and from the Canary Islands, and 276,000 seats on Madrid-Balearic Islands routes. Iberia Regional/Air Nostrum will also reach 2019 capacity levels in July and August by adding 60 inter-island flights and will also operate direct flights from Palma de Mallorca (PMI) to Nice (NCE), France and from Ibiza (IBZ) to NCE, Geneva (GVA) and Zurich (ZRH).