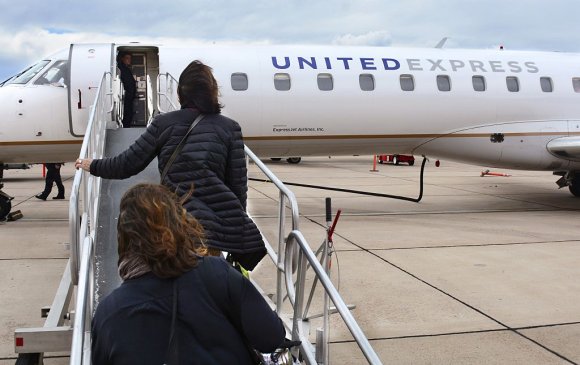 ExpressJet, a US regional carrier which ceased flying last September, is seeking permission to begin scheduled commercial operations under its own brand.

However, ExpressJet now wants to resume flights, requesting the rights to operate between cities that currently have few or no flights due to the pandemic. A filing with the US Transportation Department (DOT) envisages using a fleet of ERJ-145s.

Prior to the COVID-19 crisis, the carrier operated 3,300 weekly flights for United from bases in Chicago (ORD), Cleveland (CLE), Houston (IAH), Knoxville (TYS) and Newark (EWR).

The airline, majority owned by ManaAir, employed 2,800 staff and served more than 100 airports across North America.

ExpressJet’s latest plans will see the carrier restoring services with two ERJ145s from May, flying short-haul routes between small and mid-size US cities. Although the planned network has not been revealed, services would focus on routes with an average stage length of about 533 mi. (858 km).

Over the next 12 months, the airline hopes to gradually increase its fleet to 10 aircraft and its headcount to around 300, carrying about 400,000 passengers during its first year of operation.

“ExpressJet’s plans for 2021 and beyond are to provide high-quality, reliable, efficient point-to-point flying to small and medium-sized cities that have lost service in recent years as a result of US airline industry consolidation and COVID-19 driven route reductions,” the carrier’s DOT filing said.

ExpressJet has been a scheduled airline for 33 years and has operated as Delta Connection and American Eagle, as well as United Express.

The Atlanta-based airline’s proposed move into providing flights to unserved and underserved US destinations comes as Breeze Airways plans to launch operations this year, targeting point-to-point routes between secondary cities.

Avelo Airlines will also begin flying from April 28, flying from Hollywood Burbank (BUR) in southern California to 11 destinations currently unserved from the airport.

Since CommutAir secured the ERJ-145 United Express contract, the airline has expanded from operating 37 aircraft from two hubs, to 168 aircraft serving four hubs. The carrier’s latest hub opened in March in Denver (DEN), from where it will initially serve 13 routes.