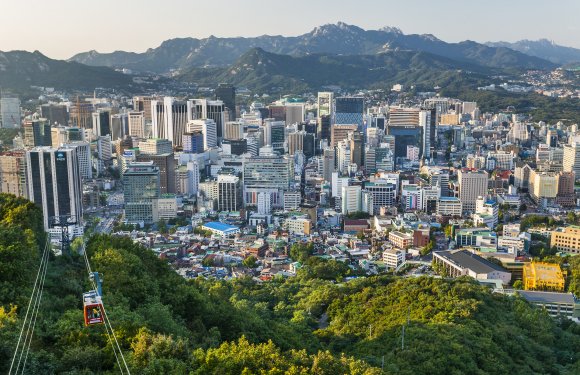 US carrier Delta Air Lines is launching a new transpacific service to South Korea’s capital Seoul this fall, resuming a route that has been absent from its network for more than two decades.

Starting Sept. 9, the SkyTeam alliance member plans to begin flying nonstop between Portland (PDX) and Seoul Incheon (ICN) three times per week. Flights will be on board Airbus A330-200 aircraft.

Incheon International Airport Corporation signed a marketing business agreement with PDX in November 2019, laying the foundation for collaboration to jointly attract new routes and airlines, as well as international conferences and events.

Kim Gyeong-wook, president of the corporation, said joint marketing efforts would now be stepped up in order to make the new PDX-ICN route a success. He added that the service would help to “strengthen the future competitiveness” of South Korea’s main international gateway and stimulate demand as the airport seeks to recover from the pandemic.

Delta’s booking system shows flight DL278 will depart PDX at 12.35 p.m. on Mondays, Thursdays and Saturdays, arriving in ICN at 5.05 p.m. the following day. The return journey leaves Seoul at 7.30 p.m. on Tuesdays, Fridays and Sundays, and lands back in Portland at 2.25 p.m.

The latest data provided by OAG Schedules Analyser shows that the route is currently scheduled to be Delta’s sole transpacific service from PDX.

The airline previously served Tokyo Narita (NRT) daily from PDX using 767-300s before the pandemic, but flights were suspended in March 2020 as the COVID-19 crisis deepened. The route was set to switch to Tokyo Haneda (HND).

Delta last served Seoul from Portland during the late 1980s and 1990s when the airline operated an Asian hub from the Oregon airport. However, the South Korean capital was dropped from the carrier’s PDX network in 1999 amid an economic downturn in Asia.

OAG schedules show that Delta currently serves ICN from three points in the US, flying from Atlanta (ATL) 6X-weekly and Detroit (DTW) 8X-weekly, as well as providing three flights per week from Seattle (SEA), located some 180 mi. (290 km) away from Portland. A route from Minneapolis/St Paul (MSP) is expected to return in June.

Sabre Market Intelligence figures show that O&D traffic between Portland and Seoul totaled 22,174 two-way passengers in 2019. Given the absence of nonstop flights, SEA was the biggest connecting market.

It is likely Delta will be targeting this O&D traffic, as well as utilizing its partnership with Korean Air to offer connections to other destinations across Asia through ICN. Delta began its relationship with Korean Air in September 1995 and the two SkyTeam partners launched a transpacific joint venture in 2018.