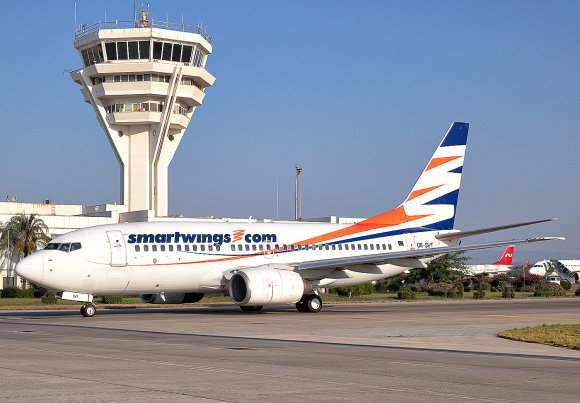 Czech carrier Smartwings is adding Nice in France to its route map in May. The scheduled route from Prague’s Václav Havel Airport (PRG) to Nice Côte d'Azur (NCE) will operate 2X-weekly on Thursdays and Sundays using Boeing 737-700s.

The route was previously served regularly by CSA Czech Airlines, with the carrier offering up to 7X-weekly flights during peak summer in 2019. However, PRG-NCE has been unserved nonstop since the start of the winter 2019/20 season.

As the Smartwings Group contains both the eponymous airline and Czech flag-carrier CSA Czech Airlines, the latter will also codeshare on the Nice service. O&D traffic between Prague and Nice totaled 48,000 passengers in 2019, Sabre Market Intelligence data shows, and Smartwings will primarily been targeting this two-way leisure demand.

This summer, the carrier said it plans to offer flights from six airports in Poland to 28 destinations, mainly in the Mediterranean. Scheduled routes will include flights from Warsaw (WAW) to Barcelona (BCN) and Malaga (AGP).

In March, Smartwings secured a CZJ 2 billion ($90 million) loan to help the carrier mitigate the effects of the COVID-19 outbreak. The loan is part of the Czech government’s Covid Plus program.