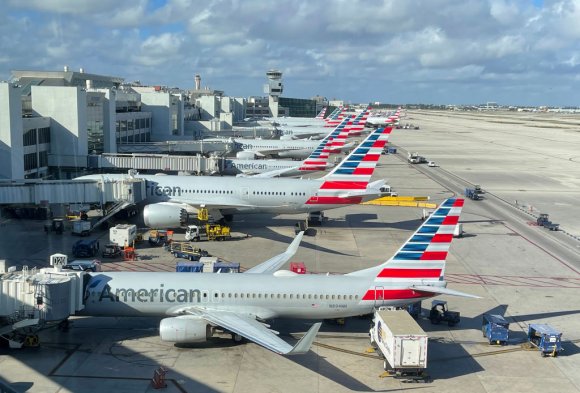 American Airlines will deploy up to 80% of its pre-COVID-19-crisis capacity in the current quarter ending June 30, as surging bookings and positive momentum on vaccines lead US carriers to gear up for an expected summer surge in travel on leisure routes.

Fort Worth, Texas-based American said it expects 2021 second-quarter (Q2) system capacity to be approximately 75-80% of 2019 levels. The increase amounts to a substantial ramp up over the March quarter, during which American operated around 60% of its 2019 capacity.

The fairly aggressive capacity target will see American operate more available seat miles than its two main legacy airline rivals for the second summer in a row. Delta Air Lines said its sellable capacity will be about 60% of 2019 levels, while United Airlines is planning to deploy around 55% of its 2019 output.

While American’s system capacity will be largely recovered by this summer, the broader figures mask deeper inconsistency within the airline’s geographic network. American chief revenue officer Vasu Raja said on the company’s latest earnings call that 85% of the entire summer schedule will be domestic, while just 3-5% will consist of long-haul international flying. The roughly 10% remainder will be short-haul international flights to the Caribbean and Latin America, which will see a 20% boost relative to 2019.

American’s cash burn averaged $27 million per day in Q1, mainly due to weakness in bookings in January and February. By March, CEO Doug Parker said the company’s core cash burn managed to turn positive for the first time in a year. Both Delta and United also reported positive core cash burn last month.

The company realized an adjusted net loss of $1.3 billion in Q1, compared to a $1.1 billion net loss in the 2020 first-quarter. Revenues totaled $4 billion, down 53% year-over-year. Kerr said he expects the company’s revenues to improve to down 40% from 2019 levels in Q2.