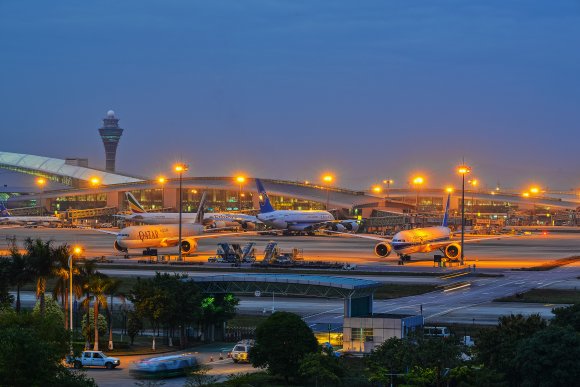 Seven of the top 10 airports for passenger traffic during 2020 were in China, with Guangzhou (CAN) replacing Atlanta Hartsfield-Jackson (ATL) in the US as the world’s busiest.

This figure represents a 40.4% reduction on 2019, but the impact of the COVID-19 pandemic on passenger traffic at other airports around the world meant the total was enough to take top spot in the listings.

Guangzhou, which hosted World Routes 2018, is a hub for China Southern Airlines and previously ranked as the 11th busiest airport in the world. Data provided by OAG Schedules Analyser shows that 93% of capacity offered from CAN in 2020 was on domestic routes, compared with 75% in 2019.

Atlanta, the primary hub for Delta Air Lines and customarily the busiest airport in the world, slipped to second place with passenger traffic of 42.9 million. This equated to a year-on-year reduction of 61.2%.

Overall, global passenger traffic at the world’s top 10 busiest airports decreased by -45.7% in 2020, while traffic across all world airports combined was down by -64.6%.

The data shows that seven of the top 10 busiest airports last year were in China thanks to the country’s huge domestic market. Chengdu (CTU) jumped from 24th place in 2019 to third in 2020, while Shenzhen (SZX) moved up from 26th to fifth.

Beijing (PEK), Kunming (KMG), Shanghai Hongqiao (SHA) and Xi’an (XIY) also featured in the top 10. The remaining two places were filled by US airports Dallas-Fort Worth (DFW) and Denver (DEN).

Dubai International (DXB) retained its place as the number one airport for international passenger traffic after handling 25.8 million. However, this was down by 70.1% on 2019. Amsterdam (AMS) ranked second and London Heathrow (LHR) third, despite year-on-year reductions of 70.9% and 72.8% respectively.

Cargo volumes in the top 10 airports grew by +3% in 2020, with these airports representing around 28% of the global volumes. The gain can be attributed to the increase in demand for online consumer goods and pharmaceutical products and personal protective equipment. With a +6.7% increase, Memphis International (MEM) surpassed Hong Kong (HKG).