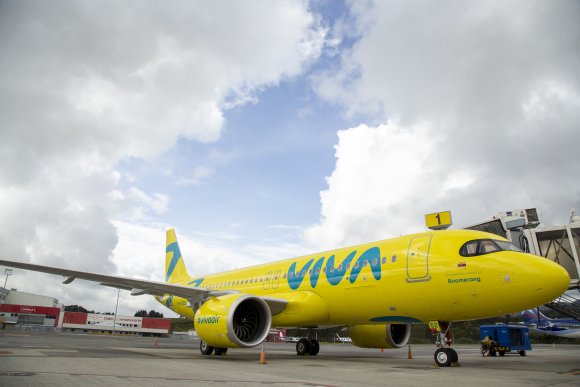 Viva Air is seeking to grow its footprint on regional routes in Latin America, taking share from legacy carriers that currently dominate such sectors.

Speaking at Routes Reconnected on April 26, CEO Felix Antelo told delegates that low-cost operators such as Viva are strong in domestic markets, but none have really challenged the likes of Avianca and LATAM Airlines Group on longer regional routes.

To capitalize on this, Viva plans to further build its presence in Medellín, the second-largest city in Colombia. The “Hub Medellín” project hopes to make air connections from the city as important as ones from capital Bogota's El Dorado International (BOG).

As part of the plans, Viva intends to grow its international network from Medellín’s José María Córdova International (MDE) and connect passengers through the airport to other points on its network.

Antelo explained that the addition of the Airbus A320neo to its fleet is unlocking more new markets. The airline took delivery of its first four neos in 2020 and now has six. A further four are scheduled for delivery before the end of this year.

Antelo added that the creation of a third carrier remains on the agenda for the Viva Air Group although the pandemic has delayed the strategy.

“We are still studying the options for a new AOC but it’s not in the short term,” he said. “We need to get out of this pandemic better, stronger, healthier. That's our main focus now.

“The priority now is Colombia, Peru and doing it right with our international routes. After that, will we focus on a new AOC, but I don't think that will be before the second half of 2022.”

Antelo said that Colombia has enjoyed strong leisure and VFR traffic in recent months and the ULCC is “very optimistic for the foreseeable future.” However, he cautioned that corporate demand remains much lower and will take considerable time to recover.

Another potential growth opportunity for the airline, Antelo said, is to partner with other carriers in the region. He explained: “There will be more partnerships, joint ventures and codeshares—in six to 12 months we’ll start looking into some of that happening in Colombia. It happened in Brazil with Azul and LATAM and I think it will happen here.”