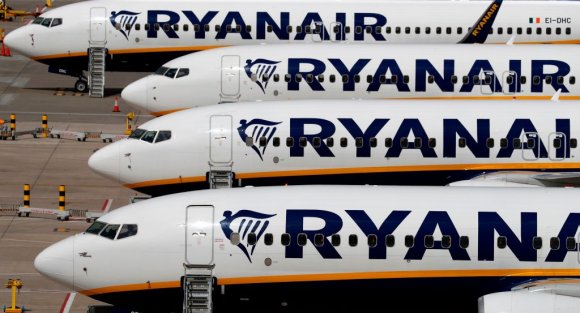 Major airports across Europe need to face up to a looming shortfall in capacity from next winter as airlines continue to restructure their operations, Ryanair DAC CEO Eddie Wilson has told delegates during Routes Reconnected.

Speaking on April 27, Wilson said European capacity could shrink by up to 30% from next winter—and he believes some airports are choosing to ignore that their route maps will not recover to pre-pandemic levels for many years to come.

“There’s going to be a lot less capacity around. I think airports in some places haven’t really woken up to the fact that a lot of airlines have gone bust and the issue of state support means carriers like Lufthansa and Air France are going to try to protect their home markets,” he explained.

“There’s going to be primary and secondary airports out there which are going to be in for a lot of pain next winter and particularly next summer when they realize there’s no traffic. The days of unbridled growth at airports, where they just wait to see who shows up, are going to be over.”

Wilson predicted that the landscape in Europe will be “completely different” once the COVID-19 crisis subsides and he expects there to be fewer seats, mainly on short-haul routes. He added that consolidation among airlines is also likely to be a trend going forward.

“There are a lot of airlines that will be saddled with debt and are going to find it impossible to expand,” Wilson said. “It’ll be difficult for them to get involved in fleet replacements, as well as living up to their environmental commitments. The market will consolidate.”

In the short-term, Wilson said Ryanair DAC, the biggest airline in the Ryanair Holdings group, is planning to fly “north of 75%” of 2019 capacity this summer—and he expects the summer 2021 season to be an extended one.

“We’ve put our capacity where we best think it’s going to stick. We’ve had a huge amount of additional capacity that's gone into Italian domestic, Spanish domestic, and we’ve opened a number of temporary summer bases in Greece,” Wilson said.

“Bookings in May and June have increased and that may be a sign of what’s to come in July and August. By then, don't forget, we will have had two more months of vaccination levels behind us. I don’t think governments will be able to go on holding people back.”

Ryanair is gearing up to receive its first Boeing 737 MAX and hopes to have more than 20 in its fleet by the end of the summer season. The Dublin-based airline has a total of 210 MAX aircraft on firm order.

Wilson said the arrival of the MAX shows that Ryanair is “the only show in town” when it comes to European airline growth over the next four to five years.

“Once we get out of this, we're the only ones with any significant growth—and we're going to be only doing deals with airports that have got a sensible approach on costs,” he added.