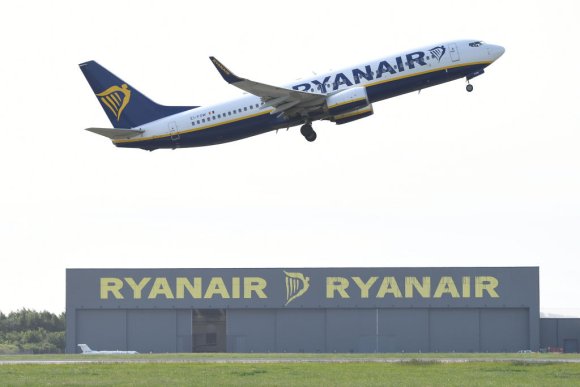 Ryanair would look to reintroduce domestic routes in the UK if the country’s government cuts taxes on short-haul flights, delegates at Routes Reconnected have been told.

“We will certainly look with interest if the [Civil Aviation Authority] or the government do something with APD,” said Eddie Wilson, the CEO of Ryanair DAC, the largest airline in the Ryanair Group.

“I think there is huge potential for more connectivity within the UK, and for people to get around. That's certainly something that we would respond to—and we've heard some rumours that they're going to cut the tax in half.”

In March, the UK government launched a consultation that includes options to change the APD treatment for domestic flights, such as reintroducing a return leg exemption or creation of a new lower domestic rate. The tax on short-haul flights from UK airports currently stands at a minimum of £13 ($18) per passenger.

Ryanair Group CEO Michael O’Leary has been increasingly outspoken about the tax, arguing that the removal of the tax would stimulate traffic.

Speaking before a UK parliamentary committee in March, he said that because that APD is levied twice on domestic flights within the UK, it limits the ability of carriers to serve routes from regional airports.

Ryanair suspended 12 UK domestic routes in late December 2020 amid a row with the UK CAA over the ULCC’s use of wet-leased aircraft. The Dublin-based airline blamed a “sudden change of policy” on the part of the UK regulator that had resulted in “unjustified restrictions” and made operation of the routes impossible.

The CAA hit back, saying that Ryanair “should not rely heavily on using wet-leased, foreign-registered aircraft to undertake their operations.”

“Doing so undermines the competitiveness of the UK aviation industry and the effectiveness of the regulatory regime,” CAA group director of consumers and markets Paul Smith added.

Meanwhile, Ryanair has announced the early release of its summer 2022 schedule for the UK, which includes more than 1,800 departing flights per week across 160 routes. Further routes to be announced in the coming months, the carrier said.

The airline’s overall summer 2022 program will comprise in excess of 10,000 flights per week across 500 routes. All services can be booked as far out as October 2022.