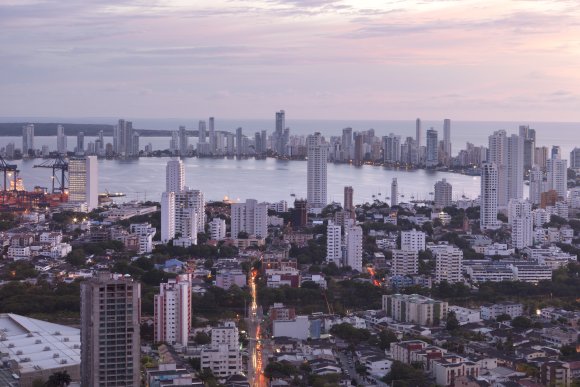 JetBlue has firmed up plans to launch a second route connecting New York with Cartagena, a port city on Colombia’s Caribbean coast.

As well as serving the Latin American destination from New York John F Kennedy (JFK), the carrier intends to start flying there from Newark (EWR) later this summer.

Flights from EWR to Cartagena’s Rafael Núñez International Airport (CTG) are set to begin on Aug. 2, operating three times per week using Airbus A320 aircraft. JetBlue will continue its existing JFK-CTG service, which is scheduled to be 6X-weekly by early August and back to the pre-pandemic daily service by September.

The new flights from EWR will add 900 two-way weekly seats to the New York-Cartagena market, bringing the total offered by the carrier to 3,100. JetBlue has been the sole operator of nonstop flights between the cities since Avianca ended scheduled service in April 2019.

According to data provided by Sabre Market Intelligence, O&D traffic between New York and Cartagena totaled 100,837 two-way passengers in 2019. Although the figure fell to 42,130 in 2020, COVID-19 travel restrictions wiped out most flights between the US and Colombia from March to September.

Nonstop travel therefore accounted for about 63% of the O&D traffic between New York and Cartagena last year, with Miami (MIA) and Bogota (BOG) the largest connecting markets. Nonstop traffic during 2019 was about 68%.

As well as attracting some leisure demand, JetBlue’s new EWR-CTG route will likely target VFR traffic, given the states of New York and New Jersey are home to the second and third largest Colombian American communities in the US. Estimates suggest New York has a population of around 500,000 and New Jersey about 240,000.

The new route will become the second from New York to Colombia that JetBlue has started this year after opening a 4X-weekly JFK-BOG service in February. OAG Schedules Analyser data shows the resumption of Orlando (MCO)-BOG is also planned for October.

JetBlue first unveiled the EWR-CTG plans in February as part of its new Northeast alliance with American Airlines. American is also starting three new routes to Colombia, flying daily from JFK to BOG, Cali (CLO) and Medellin (MDE) on board A319 aircraft.