Latvia’s airBaltic took delivery of its 26th Airbus A220-300 and said it would start three new routes from Riga (RIX), the Latvian capital, starting in July.

The new routes will be RIX-Valencia, Spain (VLC); RIX-Pisa, Italy (PSA); and RIX-Kos, Greece (KGS). The new destinations will increase the carrier’s network to 96 routes.

European capitals continue to dominate the carrier’s route network throughout the summer season, however.

“As vaccination rates improve across Europe, we see that the demand for leisure travel is increasing,” airBaltic CEO Martin Gauss said. “For example, Greece is already inviting tourists without asking them to self-isolate upon arrival.”

With the new routes, airBaltic will operate to seven destinations in Italy, six in Greece and five in Spain. 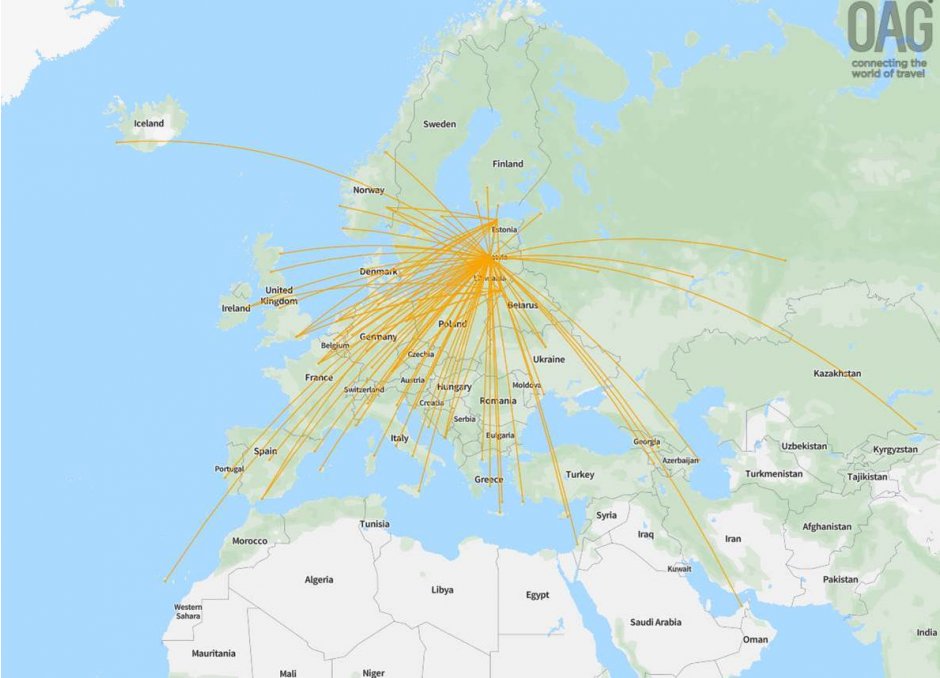 “We see that with the increasing vaccination levels in Europe, the demand for leisure travel is recovering," Gauss said. “Thus, to support our future return to profit and growth, by the end of 2021 we are planning to have 32 A220-300 aircraft in our fleet.”