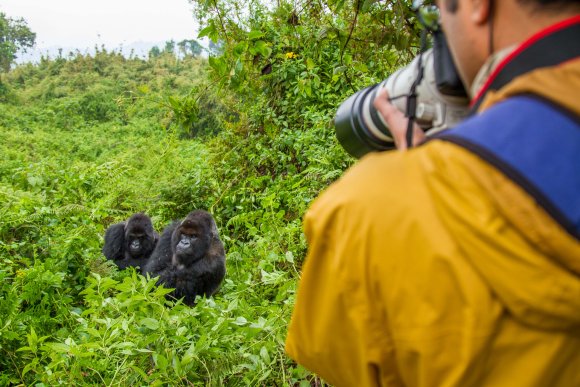 As part of Routes Reconnected, a panel of experts were asked to share their thoughts on some of the biggest issues facing the aviation industry. Here are the first five of their major predictions:

You can read part two here

1. The recovery will outperform IATA’s 43% prediction

Earlier this month, IATA predicted that revenue passenger kilometers for 2021 would reach 43% of the levels seen in 2019.

However, our experts were more optimistic, with three of the four speakers expecting the market to perform better.

The Points Guy’s senior director of content Nicky Kelvin said the recovery seen in the US would lead the resurgence.

“I'm looking at the US, and it's rapid increase in pretty much everything, and I'm hopeful that the recovery will be better than forecast,” he said.

Fellow panelist, ASM managing director David Stroud, said he expected the market to be “just a little better… shades of better” than predicted.

However, the panel were not unanimous, with Lonely Planet VP Tom Hall expecting the market to be “a little worse” than IATA’s prediction, but “a lot better next year.”

During the Routes Reconnected event SriLankan Airlines CEO Vipula Gunatilleka revealed that the airline would be building its route network around its recently increased cargo operations for the near future.

And our experts said that cargo would play a more prominent role in network planning across the industry.

Korn Ferry senior client partner Michael J Bell said the trend will be a “flip of the norm” for air service development.

“Historically a passenger carrier would build the network around the passenger business and see what cargo they can get supplementary,” said Bell.

“I think for the next little while you might see the route networks driven the other way around where they're operating them for cargo and seeing what passenger business they can get on top of that.”

ASM’s Stroud said that while this might not drive network planning “en masse,” the rise of e-commerce and pharmaceuticals activity would keep cargo front and center for some time.

“Clearly it’s got everyone's attention and it's more important,” he said. “People are realizing how vital this almost-forgotten part of industry is for routes keeping networks going.”

However, Stroud also said that despite this “elevated” profile, the industry would settle again to being “passenger-driven,” with “passenger revenue making the difference between an airline being profitable or not.”

With business travel expected to remain the slowest segment of the air passenger market to recover, airlines will shift away from “marginal” markets, predicted Stroud.

Both companies’ reticence to invest in business travel and “people seeing their work-life balance in a different way” will result in a fundamental shift in traveler spend.

“It's going to focus business thinking by network planners on to bigger trunk, high-yield markets and less into marginal places,” he said.

“I think that we'll see a further shift towards LCCs serving broader networks so it will, over time, change the shapes of the networks airlines are operating, what types of models they’re operating in certain places, and that whole yield equation just won't be as prevalent for a long time.”

Although the experts agreed that business travel would be slow to resume, there was a difference of opinion on the likelihood of a full recovery.

Bell said that “a portion of business travel has gone away permanently,” while Stroud argued that a sustained economic recovery would see business travel return to its previous levels.

Travelers’ trepidation over returning to the skies could mean that their perception, rather than the reality, will influence their booking habits.

Lonely Planet VP Tom Hall said that people will look for “comfort travel” to destinations they are either familiar with, or those which have a more positive media outlook.

“I think the success of individual routes is going to be as much about perception as reality,” said Hall. “There are places in the world that are seen as having had better experiences than others, and seem to have opened up sooner than others.”

Hall used the example of destinations in Florida, such as Orlando which “is going to have had a few months’ practice or getting up to speed” when the US international market re-opens.

“We're hearing about Miami and just how much energy there is around travel and tourism there, and it might be the people feel comfortable going to there as well.”

The pent-up demand for leisure travel will lead to more “dream trips” in the next few years, said Hall.

Although the short-term effect of the global travel shutdowns will see people “dipping their toes in the water and becoming comfortable with travel again” this will give way to longer “once in a lifetime” vacations.

“There are a lot of people out there thinking ‘when I can, there's things that I really want to make sure that I do’,” said Hall.

“People are mentally reactivating plans, realizing they may be in possession of vouchers, or that they need to book for travel by a certain point.

“They also have disposable come through last few months, so things like gorilla trekking in East Africa or seeking private experiences in big cities is something that we see as being a real trend.”

According to Hall, this will lead to “longer stays in destinations and higher overall average spend per visitor.”