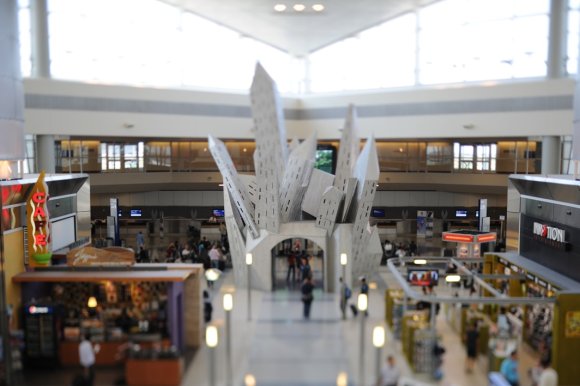 Sean Donohue has been CEO of DFW since 2013 after a 28-year career in the airline industry.

How do things stand at DFW?

We’re doing fine. Just like the rest of the aviation industry the last couple months have been a quiet period, as you know, but at least for US domestic travel there are some good signs and we’re optimistic that especially into this summer and fall we’re going to see a pretty good demand for travel. And we’re looking forward to that.

Where do you think that demand is going to come from—leisure, VFR or business?

It’s mainly leisure and VFR. We’re starting to see some business traffic coming back, but predominantly it’s going to be leisure. Every time we talk to all of our airline partners, what we’re hearing consistently is there’s a lot of pent-up demand. I feel like we’ve turned a corner recently; in the US COVID vaccinations are outpacing infections. When you look at those numbers, that’s going to make a big difference. So as you talk to people you’re just getting a sense of optimism. And that’s great to see.

How are those conversations with airlines now? Do they still need more support?

Our relationships with our airline partners have always been strong at DFW. They are our customers, that’s how we look at them. But since the pandemic I would suggest it’s been stronger than ever.

American has 80% of the traffic at DFW so we work with them the closest. We’ve been sharing data, working on projects together, and obviously we are doing our best to be as cost efficient as possible. We made the decision early on in the pandemic to defer payments for our airline partners and I know that has helped. We put together an updated and rather aggressive incentive program for all the international carriers. And we’ve cut back on our capital program, reduced our operating budget, but at the same time, we are ready for when the traffic does come back.

Do you think there’s a potential that you might have a different airline mix after the pandemic?

Sure; that could happen, but I believe it will happen on the margin. You know the economics of the aviation industry, and in hubs where an airline has 75-80% of the traffic it’s tough for even the low-cost carriers to come in and establish a big presence. But having said that, the door is always open to conversations. We’re hearing from all of our airline partners that they’re starting to plan, especially on the domestic side, to get back to where they were in 2018 and 2019. And that’s a good sign.

Once international comes back, are you looking to rebuild your network as it was before, or are there new white spots you’re targeting?

Our priority on the international side is returning to DFW all the service we had. That’s going to take more time than the domestic recovery, and that’s true, I believe, for all the major international gateways. But if you look at it from a geographical perspective, Mexico and South America have pretty much already recovered. In fact, I believe we serve more destinations to Mexico now than we did prior to the pandemic.

When you look at Asia, most of the traffic now is being funneled through Tokyo. We’re looking forward to getting back the nonstop services to Shanghai, Beijing and Hong Kong. We’re really focused on hopefully getting Qantas to bring back their nonstop to Sydney. So Asia has not recovered yet but we’re very focused on that.

When you look at Europe it’s a similar story. The key foundational points in Europe—London, Frankfurt, Paris, Madrid—are still getting the service and we want to make sure that fully recovers. And then we’re excited that American is going to start service to Tel Aviv this fall. And they had announced plans for nonstop services to Auckland, New Zealand, so we want to get that back on the radar screen.

And finally, Qatar [Airways] has continued to serve Doha, almost during the entire pandemic, and Emirates has come back. So we feel like we’re covering all of the key markets and we just want to get everyone back as soon as possible. 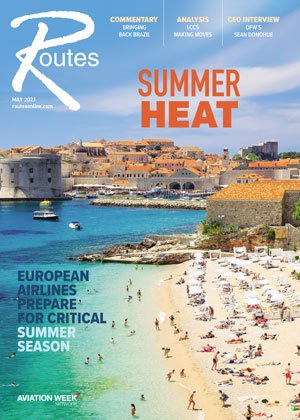 Do you believe the hub-and-spoke model will still be as strong in the US post-pandemic or will passengers be concerned about layovers?

My view is twofold. Number one, just like all the major airports, we’re doing a very good job. As I walk the terminals, my sense is the people who want to travel now feel comfortable. And I believe that group is only going to grow. But the economics of these mega hubs like DFW, they just worked so well. So I actually believe the hubs are going to become stronger over the next couple of years because the airlines can cost-effectively feed the traffic.

And then for customers it’s all about pricing; if they can get a price that’s $25 cheaper and connect, that is going to continue to be the priority. Then the point-to-point has historically been successful because although they’re more costly to operate because they don’t have all the connecting traffic, airlines get the revenue premium. My view is it’s going to take some time before a lot of those markets come back because it’s going to be hard to gain that revenue premium until the overall economy improves.