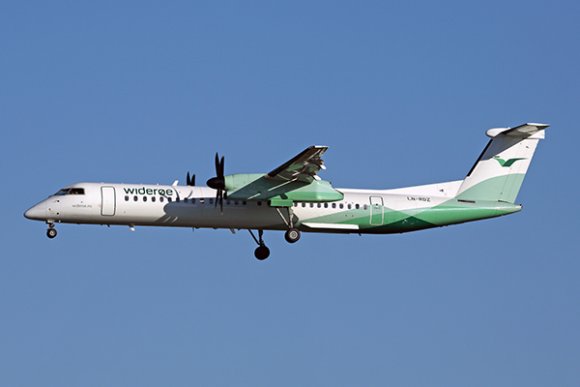 Norway’s Widerøe expects strong domestic leisure demand over the summer as Norwegians travel for vacations within the country amid the COVID-19 pandemic.

But while the regional carrier predicts strength on domestic routes, it does not plan to restart large numbers of international routes until 2022, CEO Stein Nilsen told Aviation Week Network.

“The current situation is that the Norwegian border is more or less closed and we expect that to continue for a couple of months,” Nilsen said. “I think we will see the same pattern in Norway this summer that we saw last summer, which is a very, very strong leisure summer rebound in Norway, with a lot of people living in Norway planning for a vacation in Norway as well. Last year [2020] was one of the strongest Julys we ever had because everyone planned for vacations within Norway and no one was traveling to southern Spain and Greece.”

Domestic routes, which pre-pandemic accounted for about 85% of Widerøe’s flight activity, have been holding up well, Nilsen said. The airline benefits from government funding for around 40% of its flying, which comes under Norway’s public service obligation program that aims to ensure connections to remote areas of the country—not served by alternatives such as rail—are maintained.

Widerøe had expected an uptick in demand during the spring, but that has not materialized, Nilsen said. “We were expecting an early normalization after Easter, but that kind of demand did not rise,” he explained. “At the moment, we are operating at 75-85% of 2019 [capacity] levels, rising up to 85-90% during the summer.”

“When the market is hit by these kinds of forces [the pandemic and related restrictions on travel], we have to question every route we are operating,” Nilsen said. “We are not that dependent on intra-European traffic, but we do plan for expansion and returning to our European routes … by the summer season 2022. We think this pandemic will [be a major factor] through the [2021-2022] winter.”