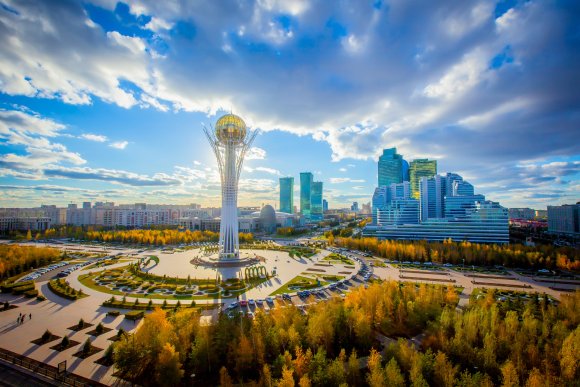 Kazakhstan this week extended the suspension of visa-free visits for citizens of 54 countries introduced last year to prevent the spread of the coronavirus until December.

Visa-free entries were originally introduced in 2012 to 57 nations, including the US, Canada, the UK, Australia, European Union members, Japan and South Korea.

Despite this, in the week commencing 5 May 2021 there were 169,183 departure seats available in the Kazakhstan market, comparable with the 175,066 available in the corresponding week of 2019.

By contrast, there were 100,328 seats available in the first week of May in 2020, just under 60% of the total capacity available today.

Its largest hub, Almaty International Airport (AMA), was recently acquired by TAV, becoming the first airport to be owned—rather than managed on a time-limited basis—by the Turkish airport operator.

TAV pledged to double capacity and increase the airport’s route network as an expression of its confidence in the country’s resurgence.