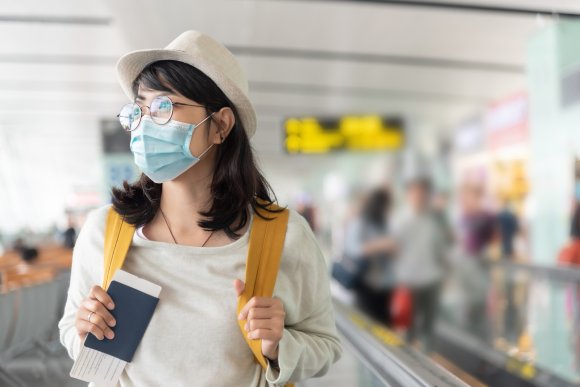 At Routes Reconnected 2021, four leading figures in travel and tourism shared their thoughts on what’s in store for the industry. Here are the final five of their predictions. Click here to catch up on the first half of this list.

6. The recovery will start this summer, but be a ‘tale of many cities’

Although the global aviation recovery will begin in earnest this summer, it will be an uneven “tale of many cities” with markets rebounding at “dramatically” different paces, said Korn Ferry senior client partner Michael J Bell.

“I walked through Miami airport yesterday and the place was jammed,” said Bell. “Flights are full, leisure traffic is very strong and I think the airlines are catching up to a maybe stronger than anticipated response.

“Yet we've talked to industry leaders in Europe who still face major limitations. But there's a very strong pent-up demand base and if the US is a barometer of what's going to happen in other regions when they open up, I think you'll see a very strong summer.”

ASM managing director David Stroud agreed, saying that despite a “patchwork of states of opening at different positions from different governments” the market would see a “meaningful summer season” beginning in June.

“I'm optimistic that North America and Europe will continue but clearly there are other markets around the world that are not going to open as fast,” he said. “We're not going to see a global opening of markets until towards the end of the year or maybe next year.”

7. Point-to-point travel will lead the rebuild

There will be a shift away from hub-and-spoke traveling to point-to-point in the recovery driven by government restrictions, said The Points Guy’s senior director of content Nicky Kelvin.

Giving the example of the UK market, which has long used hubs in the Middle East for long-haul leisure, changing government restriction levels will make direct flights much more attractive, said Kelvin.

“Although within those places vaccination rates are pretty high and infection rates are dropping, the government is worried about these hub airports being a melting pot,” Kelvin said.

“Suddenly, if you want to transit back through Doha, Abu Dhabi or Dubai you have to pay £1,750 and spend 10 days in a hotel when you get back to the UK, even if you only spend 90 minutes in that airport and the country you've come from is on the green list.”

“So point-to-point flying is going to become critical so passengers will choose, for example, British Airways flying straight to the Maldives rather than risk going through Dubai, Abu Dhabi or wherever, even if that flight is cheaper.”

However, Kelvin did add that the “great fares and great service” available from Gulf carriers means there will always be a demand from leisure travelers.

The experience for passengers has changed irreversibly following the measures introduced in response to COVID-19, most of the experts agreed.

Three of the panelists said that measures such as social distancing, testing and health passports were here to stay, with Bell noting that the experience has changed “for the worse.”

Stroud also said the changes were permanent, but said that “passengers will get used to this, just like they did with security for liquids, or taking your shoes and belts off.”

Kelvin agreed that passengers will become accustomed to the changes and predicted that processes will become more efficient to minimize the disruption.

The lone dissenting expert was Lonely Planet VP Tom Hall, who did not believe that the changes would be permanent, and said the pent-up demand is so strong that “people will be happy to do what they need to get out there again.”

Despite the significant job losses faced across aviation since the pandemic began, skills shortages are not consigned to the pre-COVID universe.

Recruitment specialist Bell noted that he was already surprised to hear that MRO providers are “really struggling to find aircraft maintenance technicians.”

“The rebound will be strong and a lot of operators are going to get caught short-handed, and we'll be right back to the kind of discussions we had two years ago about mechanic and pilot shortages,” said Bell. “That problem didn't go away and I think a rebound in demand will make it worse.”

Furthermore, Bell said that “compensation limitations” caused by a lack of money in the sector could also mean that aviation will struggle to attract leaders.

“In some respects, this pandemic has honed the skills of the CEOs in the business further,” he said. “They're much more in touch with their workforce than they've ever been. Even though it's virtual, they're communicating more frequently, more directly, more transparently.

“So the value proposition of working in the industry is that you'll learn a lot but it's going to come at a price, and that may not be something that leaders have to suffer in other industries.”

10. Flight shaming is here to stay

The panel were unanimous in their belief that the flight-shaming movement was here to stay after the pandemic subsides.

“Unfortunately not,” was Bell’s response when asked if it was likely to alleviate, and Hall added “definitely not.”

The media pressure would increase on the sector in the future, predicted Hall, despite the “huge thought and investment” aviation is putting into the sustainability agenda.

“I think that there's a weak point, generally, in responses from industries and governments to see things, not as a collective responsibility where there were there are nuances and trade-offs to be made,” he said.

Hal also said it was incumbent upon the sector to “do more to communicate how aviation is driving towards a sustainable future.”

“But the only relevant topic within that is carbon emissions,” he said.

“If I asked my colleagues at Lonely Planet about sustainable travel I think people will tell me about initiatives in destinations.

“If I asked about what's going on in aviation, I don't think I’d get too much beyond some people knowing some things about biofuels and some knowing about electric engines.”

“So there's plenty of opportunity to tell stories there, but it's not going away and we're not at a point yet I think where we can really feel like we are on a path to a clearly understood, sustainable future.”