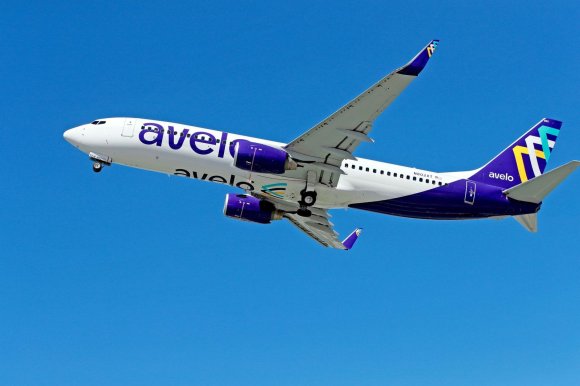 California-based Avelo Airlines, which recently started operations on the US west coast, has said Tweed New Haven Airport (HVN) in Connecticut will be its first East Coast base.

Avelo has committed $1.2 million towards an ambitious $100 million capital-improvement plan for HVN, unveiled by the airport and its manager, Avports.

Avelo launched flights out of Burbank Airport (BUR), near Los Angeles, last month. Its current route map covers 10 cities, all in the western US.

Its general plan is to offer low-fare, high-frequency flights in short-haul markets, positioning HVN as a New York-area alternative to fly to various eastern and midwestern US destinations. The non-hub airport’s only current service is daily American Airlines regional service to Philadelphia (PHL).

Smaller airports are a key factor in Avelo’s strategy to minimize costs so it can keep fares low, undercutting incumbent carriers in its markets, and still make money.

"Avelo has made clear that a signal to start was the industry’s pre-COVID profitability that was more a result that fares were too high than costs being too low,” Bill Swelbar, chief industry analyst at The Swelbar-Zhong Consultancy, said.

Expansion plans at the airport, which enplaned 49,000 passengers in 2019, placing it 286th among US commercial airports, have been on the table for years with mixed local support. The airport’s 5,600-ft. main runway limits the size of aircraft it can safety accommodate, and the terminal needs work. Avports, which has managed the airport for more than two decades, has signed a letter of intent to fund most of the improvements and then lease and operate the revamped airport for 43 years before turning it back over to the city.

Topping the list of proposed changes is expanding the runway to 6,635 ft., aligning with the airport’s current master plan recommendation of least 6,000 feet, and eventually to 7,600 ft. Avports also plans renovation of the existing terminal and construction of a new one on the airport’s east side.

Once a deal is finalized, AvPorts said it would assume all costs associated with running the airport, saving about $1.8 million in annual local and state subsidies. The entire project needs myriad approvals from local governments and, once those hurdles are cleared, the FAA.

"It will take several years to receive approvals for and to develop the runway extension and new terminal,” Avports said in a summary of the proposed agreement. “During that time, Avports will upgrade, finance, operate, and maintain the existing terminal to better accommodate improved commercial airline service. Work on the improvements will begin immediately, under Avports’ current operating agreement with the authority and prior to the execution of the proposed lease."

Avelo will not wait for all of the renovation work to finish and plans to launch services at HVN with Boeing 737-700s this fall. Its current fleet consists of three 737-800s, with more aircraft coming this year. Specific routes out of HVN will be announced later.

“It is critically important for us to work with partners who share our ideals to maintain the convenience that people love about Tweed New Haven, while respecting the existing character of the local cities and their communities that we serve,” Tweed New Haven Airport Authority executive director Sean Scanlon said. “We cannot imagine a better air partner to do this with than Avelo.”