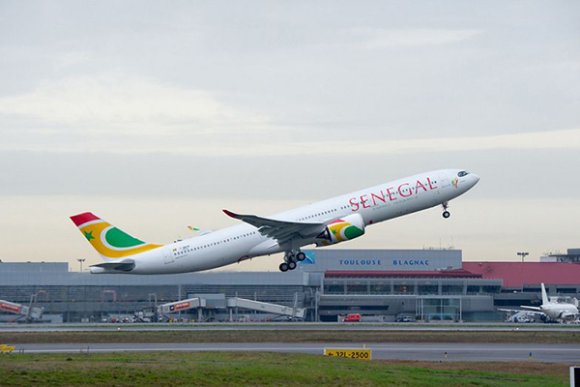 Air Senegal has firmed up plans to launch its first route to the US, with flights set to begin in September.

The state-owned airline intends to introduce a route between Dakar and Washington via New York. Service will be 2X-weekly on Wednesdays and Saturdays using Airbus A330-900 aircraft.

MD Ibrahima Kane said the flights would help to “strengthen the solid economic and socio-cultural ties” between Senegal and the US.

“This added flight will provide even more convenience and connectivity to Western Africa for residents and visitors of the National Capital Region.”

Air Senegal currently operates a fleet of eight aircraft to 19 destinations in Africa and Europe from its primary hub in Dakar. The carrier’s two A330-900, registered in Malta to wet lease operator Hi Fly, are equipped with 32 flatbed seats, 21 premium economy seats and 237 seats in its economy cabin.

The airline had previously expressed a desire to begin DSS-IAD flights in September 2019 after South African Airways cut its fifth freedom route between the destinations earlier in the year.

The South African carrier’s exit from the Senegal-US market left Delta Air Lines as the only operator of direct flights between the two countries.

OAG Schedules Analyser data shows the SkyTeam alliance member offers a 6X-weekly service between JFK and DSS using Boeing 767-300s. The route is scheduled to increase to daily from July 6.

O&D traffic between Senegal and the US totaled 86,111 two-way passengers in 2019, Sabre Market Intelligence figures show, representing a drop of 6.4% compared with the previous 12 months. Data for 2020 shows traffic was about 58,900 passengers.

Air Senegal’s new route will likely target the Senegalese and West African diaspora in the Washington and New York areas.