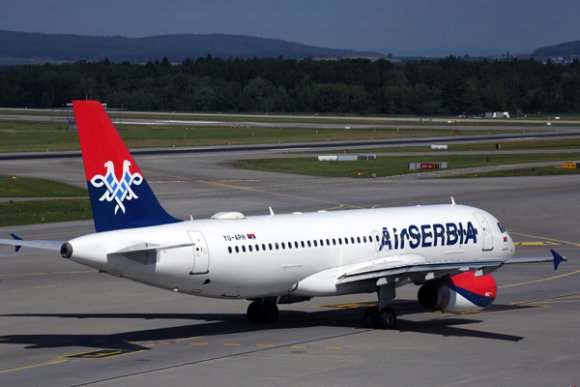 Air Serbia plans to expand its operations to Russia over the coming weeks with the addition of a new destination and the resumption of flights to two other cities. The Serbian national airline said the planned growth follows strong demand from passengers.

From June 4, Rostov-on-Don (ROV) will become the fourth point in Russia to be served by the carrier, with service from Belgrade (BEG) scheduled to operate 2X-weekly using Airbus A319 aircraft.

On the same day, the airline also intends to resume flights from BEG to Krasnodar (KRR), with service to St Petersburg (LED) returning on June 8. Regular flights on both routes were suspended in March 2020. In addition, Air Serbia is increasing frequencies on its BEG-Moscow Sheremetyevo (SVO) route from 6X-weekly to 7X-weekly from May 13.

“We continue to react quickly to all changes in the travel restrictions in order to make use of every opportunity that arises,” Air Serbia general manager of commercial and strategy Jiri Marek said.

“We are especially proud of the fact that, after Oslo and Geneva, we will be launching flights to Rostov-on-Don, as the third completely new destination in our network since the outbreak of the coronavirus pandemic, and the second one this year.”

Air Serbia originally intended to begin a BEG-ROV route in June 2020, but the launch was postponed because of the pandemic. OAG Schedules Analyser data shows the airline will be the sole provider of nonstop service between the two destinations.

O&D traffic between Russia and Serbia totaled 251,000 two-way passengers in 2019, Sabre Market Intelligence figures show, with Moscow-Belgrade accounting for about 80% of the traffic.