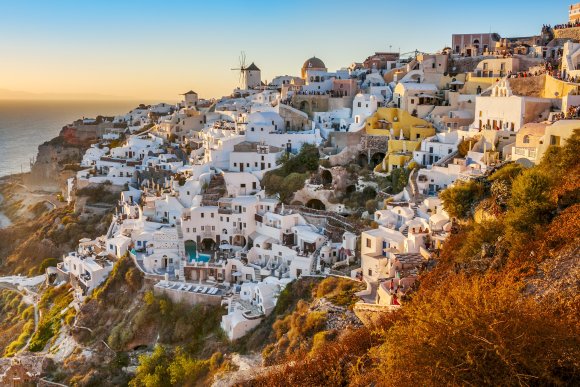 Both Santorini and Mykonos will be served by the airline’s new Airbus A320neo, with 2X-weekly flights each. Service between Bahrain International (BAH) and Santorini (JTR) begins on June 2 through Sept. 22, while BAH-Mykonos (JMK) starts on June 3 through Sept. 30.

“We will be flying to both these destinations for the first time in the history of Gulf Air and we will be the only airline in the region flying to Santorini.”

The network additions will increase capacity between Bahrain and Greece to 1,500 two-way weekly seats.

Gulf Air is this week (w/c May 10, 2021) serving 34 destinations worldwide, with Istanbul (IST) the latest city returning to its network. A 2X-weekly service to the Turkish city resumed on May 11.

In April, the carrier and Saudia signed a codeshare agreement as part of plans to deepen their commercial relationship.

As part of the deal, Gulf Air will place its GF code on Saudia flights from Riyadh (RUH) and Jeddah (JED) to BAH, Abha (AHB), Jizan (GIZ), Yanbu (YNB), Al Jouf (AJF), Ha’il (HAS) as well as Tunis-Carthage (TUN).