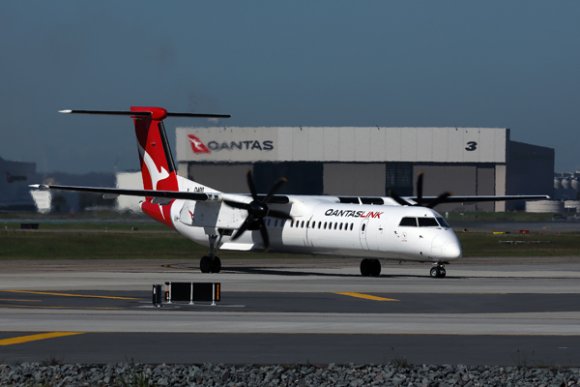 Qantas said the MEL-BWT route would be operated under the QantasLink brand using a 50-seat Bombardier Q300 turboprop aircraft.

“Tasmania has been popular with our customers since travel restrictions started to ease last year and these new flights will make it easier for travelers to experience the culture, natural beauty and wildlife of Burnie and its surrounds,” QantasLink CEO John Gissing said. “Residents of the northwest coast will be able to earn and use Qantas points on direct flights from Burnie to Melbourne and seamlessly connect on to our extensive domestic network.”

Rex pushed back against the route announcement, arguing that Qantas is operating a host of regional routes with the sole purpose of driving Rex from those routes.

The regional carrier said the Australian Competition and Consumer Commission (ACCC) will be investigating “massive capacity dumping on both domestic and regional air routes” by Qantas, adding: “Since the start of the pandemic Qantas has started or announced it will compete with Rex on nine new regional routes, all of which currently struggle to support one operator, let alone two carriers. Even at pre-COVID levels, these routes could not sustain two carriers running a full regional schedule, which explains why Qantas did not enter these routes in the last 20 years.”

Rex said the MEL-BWT route, on which it offers service, is “a marginal route at the best of times and certainly not one which can be viably serviced by two operators.”

ACCC chair Rod Sims has said the regulator will monitor the level of competitiveness on domestic routes. “We will act if we identify behavior that damages competition, either arising from the conduct by airlines directly or through their arrangements with others,” Sims said. “The ACCC will be reporting to government regularly and this will assist with informed policy development, particularly if we observe signs that competition in the sector is not effective.”

Sims added: “This new airline monitoring role for the ACCC is focused on competition, but it sits alongside all of our other work on disrupted travel and consumer guarantees.”

Rex stated that “consumers in Australia should be protected from unscrupulous practices such as advertising flights that have no realistic chance of materializing simply to raise more cash.”

Separately, Qantas has also announced it will activate five Embraer E190s it had grounded because of the COVID-19 pandemic. The E190s will be based in Adelaide (ADL).

“The E190s are 94-seat jets with a five-hour range which are being deployed on Qantas’ network as part of a three-year deal with Alliance Airlines,” Qantas said “The deal provides the national carrier with the capacity provided by up to 14 jet aircraft, depending on market conditions. [The] announcement [regarding ADL] brings the number of aircraft activated as part of the agreement to eight.”

The E190s will be painted in QantasLink livery. “The decision means Qantas will launch a new Adelaide-Gold Coast (OOL) service in time for the winter school holidays,” the airline said.