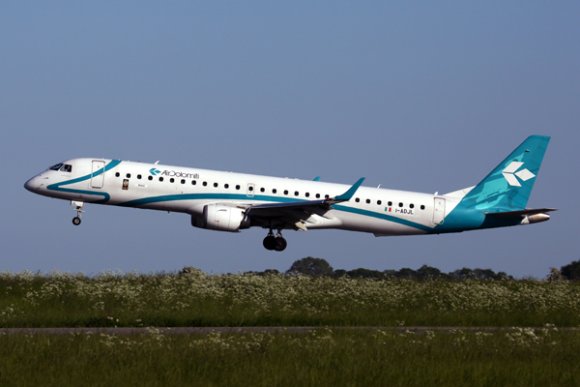 Italian carrier Air Dolomiti is establishing operations in the Swedish market for the first time with a multileg service from Frankfurt to Ronneby and Kalmar on the south-east coast of Sweden.

The Lufthansa Group-owned airline plans to operate a 5X-weekly Frankfurt (FRA)-Ronneby (RNB)-Kalmar (KLR) service from Sept. 19. Flights will be on Mondays, Wednesdays, Thursdays, Fridays and Sundays using a 120-seat Embraer 195.

The new year-round route will target business and leisure traffic to and from south Sweden and the region of Blekinge, which is home to a number of multinational companies.

“These flights will give continuity to our plan to expand our offer with the cooperation and support of the airports involved and will provide new destinations and greater ease of travel to our passengers,” Air Dolomiti president and CEO Joerg Eberhart said.

“From the important hub of Frankfurt, it will be possible to reach several destinations around the world thanks to the flights offered by Lufthansa’s network.”

Data provided by OAG Schedules Analyser shows the last nonstop link between either of the Swedish airports and Germany ended in 2016 when FlexFlight and DOT LT ceased flying between KLR and Berlin Tegel.

Scandinavian Airlines (SAS) has also announced a new Swedish route for winter 2021/22 in conjunction with Swedish Lapland Visitors Board and Luleå Airport (LLA). Flights between London Heathrow (LHR) and LLA will begin on Dec. 17 through March 21, 2022.

The route, which will be operated with Airbus A320 aircraft, will become the only direct flight connection between Swedish Lapland and the UK.

“Interest in northern Scandinavia is constantly growing as travelers look for new and more natural experiences,” SAS head of sales for Sweden Theres Briger said. “London is also the largest European market for many companies in northern Sweden and the new route will contribute to growth for the region's business community.”

The new Air Dolomiti and SAS routes follow news that Ryanair will start flying to Stockholm Arlanda (ARN) next winter season when it will open a base. Initially, this will involve two aircraft and some 20 European destinations, which will mean nearly 90 new weekly departures.

In conjunction with the set-up of operations, Ryanair will also launch domestic service in Sweden for the first time, to Gothenburg (GOT) and Malmö (MMX) from ARN. Additionally, three new international routes to Billund (BLL), Riga (RIX) and Zagreb (ZAG) are being opened from GOT.