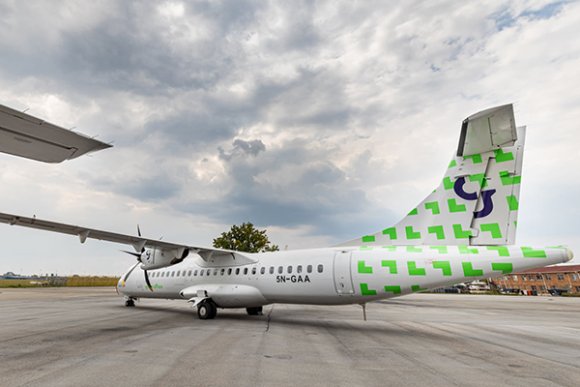 Lagos-based Green Africa took delivery of the first of three ATR 72-600s on April 23, with the second and third aircraft expected to follow soon.

The airline, which has yet to give any indication of when it will launch operations, has received its Air Transport License from the Nigerian Government and is now in the advanced stages of its air operator’s certificate (AOC) process.

Green Africa on May 11 named its initial domestic destinations as Abuja (ABV), Akure (AKR), Enugu (ENU), Ilorin (ILR), Owerri (QOW) and Port Harcourt (PHC). These will be served with direct connections from the general aviation terminal at Lagos (LOS).

“Additional cities within Nigeria will be added as the value carrier scales its operations,” the start-up airline said in a statement. “Plans are already underway to establish two more operational bases outside Lagos, to stimulate air travel and provide more options to customers.”

Since then, the startup has been through several aircraft iterations—including a December 2018 commitment for up to 100 Boeing 737-8s, an MOU for 50 Airbus A220s, and a lease deal with GTLK Europe for three Airbus A220-300s—before firming its launch with ATR 72-600s.

“Facilities and infrastructures are now in place to support commercial, flight and airport operations,” the airline said.