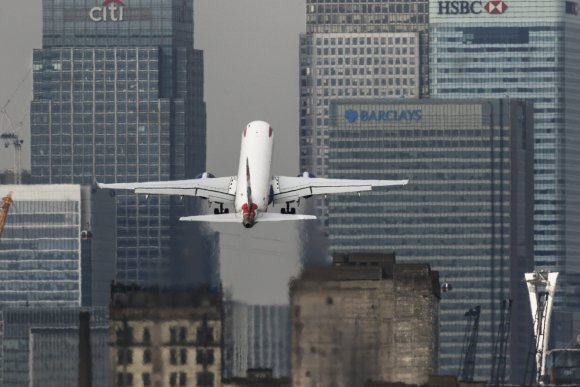 Flights from London City (LCY) to Guernsey (GCI) and from GCI to Edinburgh (EDI) will each operate twice a week from June 25 through Sept. 27. Both routes will be on board BA CityFlyer’s Embraer E190 aircraft.

The oneworld alliance member said Guernsey, the second largest of the Channel Islands, was ”the ideal UK holiday destination this summer.”

Data provided by OAG Schedules Analyser shows that BA will compete with Aurigny Air Services in the London-Guernsey market although Guernsey-Edinburgh is currently unserved nonstop.

By the time BA’s LCY-GCI route launches, Aurigny plans to offer up to 11X-weekly flights between London Gatwick (LGW) and GCI using E195s. The latest OAG schedules show that the airline intends to increase frequencies to 25X-weekly by early September.

Meanwhile, BA is hiking summer short-haul capacity with more than 93,000 extra seats to destinations in Greece, Spain and Turkey.

The carrier said the additional 26 weekly frequencies from London Heathrow (LHR) were in response to “overwhelming interest” from customers using its website.

“It’s clear Britons are hoping that their favourite destinations will be open by the time summer comes,” BA’s director of networks and alliances Neil Chernoff added.

The new flights to Greece and the Canary Islands are available to book for travel between June 21 and Sept. 5. Bodrum in Turkey will also be available to fly to from July 18.

International leisure travel from England is no longer illegal from May 17, with the UK government using a traffic light system based on COVID-19 risk. Only 12 countries and territories have so far made the green list.

Of the 13 BA routes receiving extra capacity, 12 destinations are currently in amber list counties while Bodrum is on the red list. Only essential travel is allowed to amber and red countries.

Travelers arriving in England from amber list countries will need to quarantine for a period of 10 days and take a pre-departure test, as well as a PCR test on day two and day eight. There will be the option to take an additional test on day five to end self-isolation early.

Anyone arriving from a country on the red list will need to quarantine for 10 days in an approved hotel, take pre-departure testing and mandatory PCR testing on day two and eight.

The lists will be reviewed every three weeks and a green watchlist will identify countries at risk of a status change.