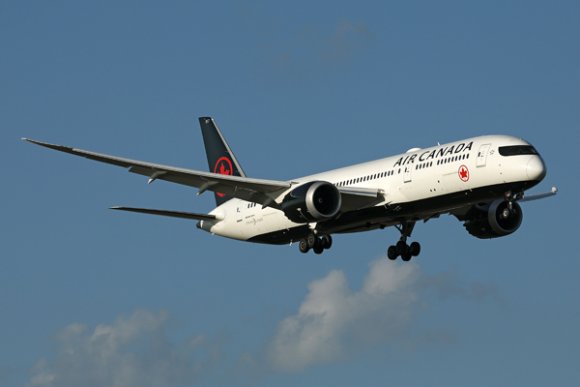 Air Canada is launching three new nonstop routes from Canada to Hawaii this winter as the airline bets on the resumption of leisure travel to international vacation destinations.

The new services, which include the first scheduled connection between Montreal and Honolulu, will complement the airline’s long-standing routes from Calgary and Vancouver to the Hawaiian Islands.

“We are seeing strong demand in the sun markets this winter with people in Canada and around the world looking ahead to holiday travel,” Air Canada SVP of network planning and revenue management Mark Galardo said.

The border between Canada and the US remains closed for all non-essential travel until May 21 at the earliest—and the 13-month closure looks set to be extended again. However, carriers remain hopeful that restrictions will have eased by the time the winter 2021/22 season arrives.

The planned flight will mark the first time the 7,895-km (4,906-mi.) route has been served nonstop on a scheduled basis. According to Sabre Market Intelligence data, O&D traffic between Montreal and Honolulu totaled 26,320 two-way passengers in 2019—all of which was indirect.

Air Canada also intends to introduce a new nonstop Toronto (YYZ)-Maui (OGG) route on Dec. 18, operating once a week on Saturdays using 787s. This will also become the first direct link between the destinations.

The third new route being launched will connect Calgary (YYC) with HNL from Dec. 18. Flights will be 3X-weekly on Tuesdays, Thursdays and Saturdays on board 737 aircraft. The Star Alliance member last served the route in January 2013, leaving Westjet as the sole operator.

In addition to the route launches, Air Canada intends to resume five other Hawaii routes. From Vancouver (YVR), routes to OGG and HNL restart on Sept. 10 and 14 respectively, with daily flights planned during the winter season. A 3X-weekly YVR-Kona (KOA) service resumes on Dec. 19.

Two routes to HNL—from YYZ and YYC—resume on Dec. 17 and 18 respectively, each of which will be served three times per week. A 4X-weekly YYC-OGG service restarts on Dec. 17.

Speaking earlier this month, Air Canada CCO Lucie Guillemette said the airline was seeing some positive booking trends for later in the year.

“We’re seeing customers assuming that by the time we reach Q4, the first quarter [of 2022] that travel restrictions will be somewhat eased,” she explained.

OAG Schedules Analyser data shows Air Canada will operate about 2.8 million seats during the second quarter of 2021—around 17.6% of the total deployed during the same period in 2019. About 71% of its current capacity is on domestic routes.