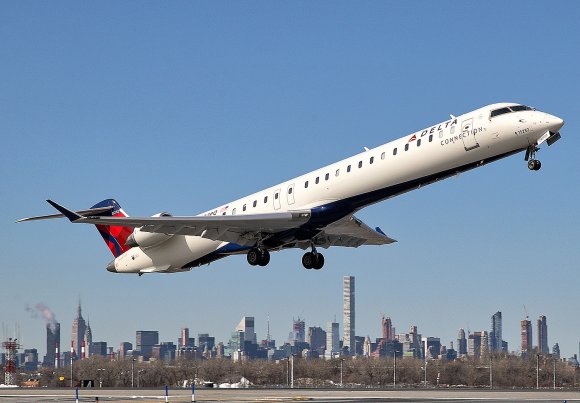 Vistara will begin flying between Delhi (DEL) and Tokyo Haneda (HND) from June 16 under India’s travel bubble agreement with Japan. The airline will fly once a week between the two capital cities using Boeing 787-9s. Flights will depart DEL at 3 a.m. on Wednesdays, arriving in HND at 2.50 p.m. The return flight will leave HND at 5.50 p.m. on Thursdays, arriving back in DEL at 11.35 p.m.

Bahrain’s Gulf Air will resume direct flights to Malaga (AGP) in Spain this summer as it expands its list of leisure destinations in Europe. A 2X-weekly service starts June 30 through Aug. 29 using 787-9s. “We are extremely excited to return to Spain this summer to cater to the gradual growth of travel and the appetite for holidays abroad,” acting CEO Waleed AlAlawi said.

From June 12, Latvian airline airBaltic will offer weekly summer seasonal flights between Riga (RIX) and the Greek island of Corfu (CFU). The new route will be performed in cooperation with Mouzenidis Travel.

“As vaccines become more available, growing number of people across the Baltics are starting to plan their safe summer getaways,” airBaltic CEO Martin Gauss said. “We continue to improve our schedule to offer a larger variety of sunny destinations. In total, this year we plan to offer flights on 95 routes across the Baltics.”

Austrian Airlines will be flying to Milan Linate (LIN) from June 1, switching service from Milan Malpensa (MXP). Two flights per day will be offered from Vienna (VIE) and a mix of Embraer 195s and A320 family aircraft will be used on the route. “Linate is much more comfortable for our passengers, especially for business travelers from Milan and the surrounding area,” CCO Michael Trestl said.

Swiss regional airline Helvetic Airways will serve Kos (KGS), Heraklion (HER) and Palma de Mallorca (PMI) during this year’s peak summer season, in collaboration with tour operators Hotelplan Suisse and Universal. Flights will operate from Zurich (ZRH) and Bern (BRN) to HER and PMI between July and October. The carrier will also operate a ZRH-KGS route.

Greek carrier SKY express will begin a 6X-weekly Athens (ATH) Brussels (BRU) service from May 16. The route will be served using A320neo aircraft. The planned launch comes just weeks after the airline opened its first international route to Larnaca (LCA) in Cyprus.

Stobart Air, operator of Aer Lingus Regional routes, has added two new routes to its network, connecting the island of Ireland with the capital city of Wales. The new Dublin (DUB) to Cardiff (CWL) route will initially operate 3X-weekly, on Mondays, Fridays and Sundays, commencing on Aug. 30. The new route between Belfast City (BHD) and CWL will initially operate 4X-weekly from June 28.

Delta Air Lines will resume nonstop flights between Birmingham-Shuttlesworth International (BHM) in Alabama and New York LaGuardia (LGA) beginning June 7. The airline will use a 76-seat CRJ-900 aircraft for the reinstated daily service.

“As the demand for travel is growing, we are happy that our customers will have more options and more convenience as they return to the skies and reconnect with friends and family,” said Ronald F. Mathieu, Birmingham Airport Authority president and CEO.

Scandinavian Airlines (SAS) is resuming its direct route from Oslo (OSL) to New York (JFK) on July 3 using A330s. Flights will initially be 2X-weekly on Thursdays and Sundays. SAS said it would “continuously review a possible increase in frequency based on demand.” The airline halted flights between the destinations in March 2020 because of the pandemic.

Finnair is returning to Visby (VBY) in Sweden, having last served the airport in September 2019. The carrier will operate a VBY-Helsinki (HEL) route three times per week on Tuesdays, Thursdays and Sundays from June 24 to August 1. Flights will be on board a ATR 72.

“A direct route creates opportunities to visit friends and family in a convenient way and is an excellent opportunity for people in Gotland to get to Finland and vice versa,” VBY airport director Gunnar Jonasson said.