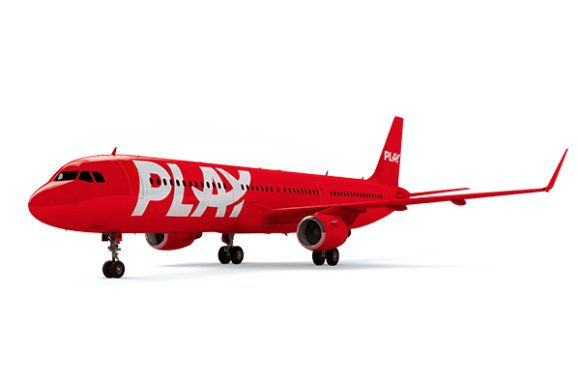 Tickets have gone on sale for the first flights to be operated by PLAY, the Icelandic carrier being launched by a team of former executives from WOW Air.

The startup’s inaugural route will connect Reykjavik Keflavik (KEF) with London Stansted (STN) from June 23 using Airbus A321neo aircraft. Flights will initially be 2X-weekly before increasing to 4X-weekly from July 1.

A total of seven destinations in Europe will make up the airline’s launch network, three of which are in Spain. From June 28, PLAY plans to serve Tenerife South (TFS) before adding Alicante (ALC) on July 12 and Barcelona (BCN) on July 15. All three Spanish routes will be 2X-weekly.

The other destinations joining the LCC’s network are Berlin (({BER}}) from July 1, Paris Charles de Gaulle (CDG) from July 14, and Copenhagen (CPH) from July 21. The routes to BER and CDG will each be served 4X-weekly, while Denmark’s capital will receive two flights per week.

The airline, initially known as WAB air before rebranding to PLAY in November 2019, intends to operate a fleet of six A321 aircraft, growing to 10 within three years.

“We have the best people who have shown tremendous strength over a period of almost two years,” CEO Birgir Jónsson said. “It is a long time which we have used well to prepare the low-cost airline for a turnaround in tourism in Iceland.”

Jónsson was previously the CEO of Iceland Express and later deputy CEO of WOW air. He is joined on the company’s leadership team by CCO Arnar Magnússon, a former WOW air chief pilot and one of the founders of PLAY, and CFO Thora Eggertsdottir, formerly at Icelandair.

According to data provided by OAG Schedules Analyser, all seven destinations being launched by PLAY were previously served by WOW air prior to its collapse. The latest schedules data shows that PLAY will this summer be the only operator of flights from KEF to ALC, BER, STN and TFS.

LCC WOW air was founded in 2011 and grew rapidly by pursuing a transatlantic connecting strategy. However, the airline ceased all operations in March 2019 after two potential investors walked away from a rescue deal.