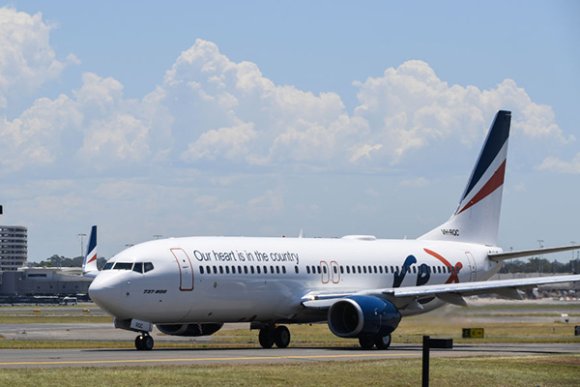 Regional Express (Rex) will begin flying between Melbourne and Canberra from June 10 as the Australian carrier continues its efforts to take market share from Qantas and Virgin Australia.

The airline will launch a 2X-daily Melbourne (MEL)-Canberra (CBR) service using a three-class Boeing 737-800NG aircraft. Rex said its entry would being an additional 200,000 seats to the market each year.

According to data provided by OAG Schedules Analyser, Qantas currently serves the route eight times per day, using a mix of 717-200s and 737-800s, while Virgin provides up to 3X-daily flights on board 737-800s.

This compares with 34,100 seats during the same week two years ago when Qantas offered up to 9X-daily flights and Virgin up to 6X-daily. Defunct operator Tigerair also served the market, flying 9X-weekly.

In a statement, Rex highlighted that its MEL-CBR economy fares of AU$69 ($54) were AU$123 cheaper than the lowest airfare available on the route in May.

“The cheap fares will add a further boost to the tourism and hospitality industries in the ACT [Australian Capital Territory] and make it really affordable for Canberrans to visit friends and family and attend sporting events in Melbourne,” Rex deputy chairman John Sharp said.

“We are sure that both Qantas and Virgin Australia will immediately match our fares as they have done every time. We estimate that Rex’s entry will save Canberrans over $150 million a year in lower fares once travel returns to pre-COVID levels.”

Rex and Qantas have engaged in a public war of words in recent months, with Rex accusing the oneworld alliance member of making “aggressive predatory moves” on to regional domestic routes. QantasLink CEO John Gissing hit back at the allegations, describing them as a “classic Rex tantrum.”

The planned launch of Rex’s MEL-CBR flights come a month after the airline began flights to Sydney (SYD) from CBR. Service is currently up to 7X-daily using Saab 340 aircraft.