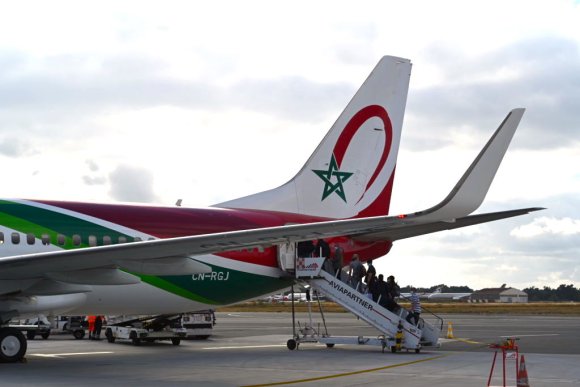 Royal Air Maroc is planning to add a pair of new routes to Barcelona in the coming weeks as the oneworld alliance member continues to rebuild its network between Morocco and Spain.

The planned launch of the services comes as air travel in Morocco is expected to formally resume on June 10 when the North African country’s state of emergency is due to expire.

From June 12, the carrier intends to open flights between Nador (NDR), a coastal city and provincial capital in the northeastern Rif region of Morocco, and Barcelona El Prat (BCN). The 829-km (515-mi.) route will be served twice a week using Boeing 737-800.

Data provided by OAG Schedules Analyser shows that Royal Air Maroc had intended to begin service in May, but the launch has been pushed back because of the ongoing state of emergency.

The airline will face direct competition on the NDR-BCN sector from three other carriers. During w/c June 14, 2021, Air Arabia Maroc plans to offer a 3X-weekly Airbus A320 service, while Ryanair intends to fly the route 2X-weekly.

Vueling Airlines is also scheduled to resume flights on July 1 and will operate two flights per week using A320s. During w/c July 5, there is currently scheduled to be 3,558 two-way weekly seats between Nador and Barcelona. This compares with 3,300 during the same week in 2019.

The route will also become the second new Spanish service started in 2021 by Royal Air Maroc from Nador. In March, the airline began a 2X-weekly service to Malaga (AGP), a port city on southern Spain’s Costa del Sol. Although flights are currently suspended, service is set to resume on June 13.

The second new route being launched will connect Morocco’s fourth-largest city Marrakech (RAK) with BCN from June 13. Flights will also be 2X-weekly on board 737-800s.

The route marks a resumption of service after more than a decade as former LCC subsidiary Atlas Blue provided nonstop flights between the destinations until January 2011.

Overall, Royal Air Maroc plans to operate 14 routes between Morocco and Spain during the summer 2021 season, compared with eight during summer 2019. Other new services that have been launched since the onset of the pandemic include RAK-Madrid (MAD) and from Tangier (TNG) to AGP, BCN and MAD.