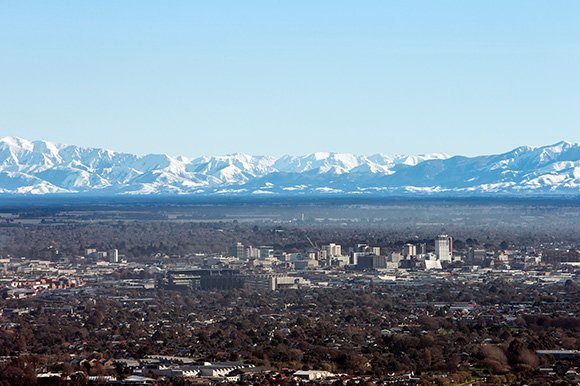 Christchurch Airport (CHC) has confirmed that American Airlines intends to push ahead with its plans to serve the city—providing travel restrictions allow that.

The Oneworld alliance member announced in October 2019 its intention to add the destination on New Zealand’s South Island to its route map, with nonstop flights from Los Angeles (LAX) slated to begin in October 2020.

Service was scheduled to be 3X-weekly through March 2021 using Boeing 787-8s, but COVID-19 travel restrictions put paid to the plans.

American has now pushed the start date back to Jan. 5, 2022, with tickets already on sale. Data provided by OAG Schedules Analyser shows that the seasonal route is again scheduled to be served three times per week onboard 787-8s.

Should the route proceed as planned, American will become the only carrier to fly nonstop from the US to New Zealand’s South Island. A statement from CHC said the airport “can’t wait to welcome” the airline.

American has also filed plans to resume its suspended LAX-Auckland (AKL) service and to add a second route to Auckland. LAX-AKL was previously served nonstop 7X-weekly, but flights have been on hold since March 2020. The route is currently scheduled to resume in December 2021 and will again be daily.

Additionally, OAG data shows that American hopes to begin flying daily between Dallas/Fort Worth (DFW) and AKL on Jan. 4, 2022, using 787-9s. Details of the route were unveiled at the same time as the LAX-CHC announcement, but the pandemic delayed the proposed October 2020 launch.

American’s planned New Zealand expansion has been prompted by its joint business with Australia’s flag carrier Qantas, which was given final approval in July 2019. The partnership allows the airlines to coordinate fares and schedules on services between the US and Australia and New Zealand.

Prior to the pandemic, the carriers estimated the venture would generate $310 million in annual consumer benefits, of which $221 million comes from codeshare availability improvements and $89 million from an 8% reduction in price per interline ticket.

Whether American can resume flights to New Zealand in December depends largely on the country’s border restrictions. A transTasman bubble with Australia opened in April 2021, with a two-way Cook Islands bubble starting on May 17.

However, there remain strict restrictions in place for travelers from other countries, with all arrivals required to stay in managed isolation for at least 14 days and then test negative for COVID-19 before entering the community.