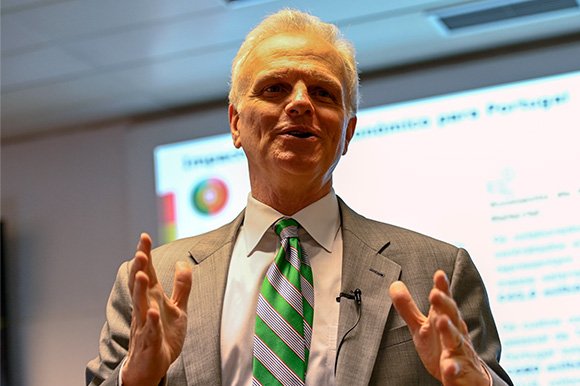 Sixteen destinations will make up the launch network for Breeze Airways, the US startup led by JetBlue founder David Neeleman.

The airline, which received its air operator’s certificate (AOC) on May 14, will commence its first commercial flights on May 27, opening two services from Charleston (CHS), South Carolina, to Tampa (TPA), Florida, and Hartford-Bradley Airport (BDL), Connecticut.

A total of 39 routes in the Southwest, Midwest, Southeast and Eastern US will be offered during the Salt Lake City-headquartered carrier’s first phase of expansion, with flights beginning to all 16 destinations by July 22.

“A staggering 95% of Breeze routes currently have no airline serving them nonstop,” Neeleman said. “The effects of the COVID-19 pandemic on the nation's air service has meant many secondary markets and smaller cities have seen a significant reduction in flights.

“There are so many city pairs needing nonstop service around the country, we have a further 100 cities under consideration.”

Breeze has previously stated its network would offer point-to-point flights from smaller secondary airports, targeting “cities that have been forgotten or neglected.”

The airline will initially focus its attention on four cities: Tampa, Charleston, Norfolk (ORF) in Virginia and Louis Armstrong New Orleans International Airport (MSY), with CHS set to receive 11 of the 39 routes.

Flights will be operated onboard 13 leased single-class Embraer aircraft this summer, serving routes with an average flight length under 2 hr. The 10 E190 jets will be configured to seat 108 passengers, while three E195 aircraft will have 118 seats.

Breeze will start taking delivery of 60 Airbus A220 aircraft in October and expects to receive about one per month for five years. The A220 routes, which will be announced this fall, will be longer than 2 hr. flight time.

The A220s will include a premium cabin, called “Nicest” seating, in a two-by-two configuration at the front of the plane. The remainder of the aircraft will feature a 2 X 3-seat configuration.