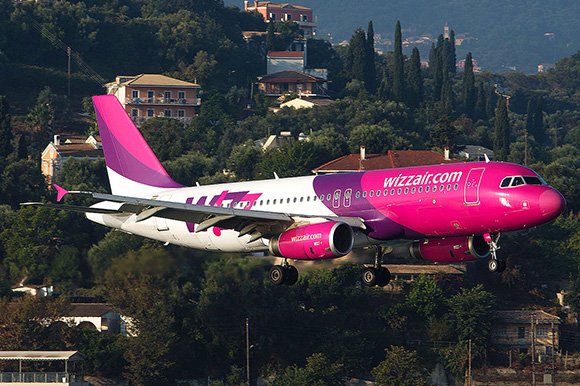 July 4 sees the start of Katowice, Poland (KTW)-AGP and Rome Fiumicino (FCO)-LMP, while Rome Ciampino (CIA)-OLB and Sarajevo, Bosnia and Herzegovina (SJJ)-Stockholm Skavsta (NYO) begin on July 16. All routes will be 2X-weekly, apart from CIA-OLB, which will be served five times per week.

S7 Airlines has opened bookings for flights to Larnaca (LCA) in Cyprus from four Russian cities. The vacation destination will be served from Krasnodar (KRR) from June 16, Samara (KUF) and Yekaterinburg (Koltsovo International Airport) (SVX) from June 17, and Kazan (KZN) from June 18. Each route will be 1X-weekly using Airbus A320s.

UK carrier easyJet expects to fly just 15% of 2019’s capacity during the quarter to June 30 but hopes to ramp up soon. The airline said it maintains “significant flexibility to ramp capacity up or down quickly, depending upon the unwinding of travel restrictions and expected demand.” Looking ahead, easyJet also said it expects further opportunities to arise at Paris-Orly (ORY), Milan Linate (LIN) and Amsterdam Airport Schiphol (AMS) over the coming months as “legacy carriers withdraw capacity and restructure.”

Qatar Airways has resumed flights between Doha (Hamad International Airport) (DOH) and Mykonos (JMK), marking the start of a new travel bubble between Qatar and Greece, meaning fully vaccinated holiday-makers will no longer need to quarantine on arrival. The route will be served 3X-weekly through Sept. 30 using A320 equipment. “Greece is an important market for us, and the Mykonos route was hugely popular following its launch in May 2018,” Qatar Airways CEO Akbar Al Baker said.

Scottish airline Loganair has started three UK domestic services from Exeter (EXT). The carrier will serve Glasgow (GLA) 2X-weekly, rising to 4X-weekly on May 31 and 5X-weekly on July 5. Five-weekly flights are also being offered to Edinburgh (EDI), rising to daily from June 21, while Newcastle (NCL) will initially be served 2X-weekly. The latter route increases to 4X-weekly from May 24 and daily from July 5. Additionally, a fourth direct route to Norwich (NWI), originally planned for September, will now start on July 12 and be served 4X-weekly.

United Airlines is resuming service at Manchester-Boston Regional (MHT), in New Hampshire, from June 3. The carrier will initially serve Washington Dulles (IAD) 2X-weekly, increasing to three flights per week in July. All services will be onboard 50-seat CRJ-200 regional jets, operated by Air Wisconsin.

“June is historically the beginning of the peak summer travel season, and United is ramping up to over 3,500 total daily flights across our system this June to meet customer demand,” said Ankit Gupta, United vice president of domestic planning and scheduling .

Ryanair is adding routes from Teesside, England (Durham Tees Valley Airport) (MME) to Faro (FAO), Portugal, and Manchester, England (MAN) to Verona, Italy (VRN) to its summer 2021 schedule. Both routes will be 2X-weekly, with MME-FAO starting on June 16 and MAN-VRN beginning in July.