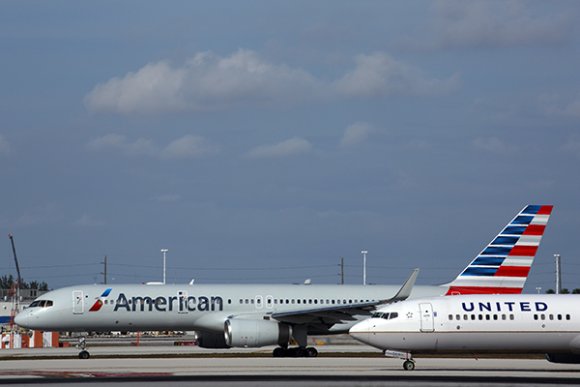 American Airlines and United Airlines are to increase service to Spain after the European country’s government confirmed that borders would reopen from June 7 to travelers who have been fully vaccinated.

The airline will once again connect New York John F Kennedy (JFK) and Miami (MIA) with Madrid-Barajas Adolfo Suárez (MAD) from June 17, each of which will operate daily using Boeing 777-200 aircraft. Both routes have been suspended since March 2020.

The services are in addition to American’s daily flights from MIA to Barcelona (BCN) and from DFW to MAD, served using 777-200/200ERs and 787-9s, respectively.

Data provided by OAG Schedules Analyser shows the move will increase the carrier’s US-Spain capacity from 7,812 two-way seats to almost 15,500. American operated about 40,000 weekly seats between the two countries during summer 2019.

Six other nonstop services between the US and Spain that were offered during the summer 2019 season remain suspended. They are BCN to Charlotte Douglas International (CLT), Chicago O’Hare (ORD), JFK and Philadelphia International (PHL), alongside MAD to CLT and PHL.

However, OAG data shows resumption of CLT-MAD, JFK-BCN, PHL-BCN and PHL-MAD are scheduled for August and daily frequencies are planned.

Meanwhile, United intends to restart flights to Spain from July 1 after an 18-month hiatus. The airline will initially connect Newark Liberty (EWR) and MAD six times per week, with a 5X-weekly EWR-BCN service returning to its network from July 8. Both routes will use 767-300s.

The two routes make up half of United’s nonstop network to Spain during summer 2019 when the carrier also flew from Washington Dulles (IAD) to BCN and MAD.

American and United’s route resumptions come after Spain’s decision to reopen travel to vaccinated visitors beginning June 7, and a provisional agreement between the European Parliament and EU lawmakers on plans to launch an EU Digital Covid Certificate this summer.

The certificate will provide information on whether a traveler has been vaccinated against COVID-19, has recovered from the virus, or has a recent negative test result. However, the certificate will not be a precondition for travel.

“The EU Council's recommendation represents the turning of the page in the pandemic for our customers, employees and residents of the EU, and brings us all closer to reuniting the world,” United VP of international network and alliances Patrick Quayle said.

WTTC SVP Virginia Messina added the new certificate could be the key to unlocking international travel and save thousands of businesses and millions of jobs across Europe and beyond.

“It will see all 27 member states welcoming vaccinated travellers and those with proof of a negative test or a positive antibody test in time for the peak summer season, which will provide a massive and much-needed boost to economies,” she said.

“The European Commission must be applauded for its incredible efforts in launching this major initiative, which could be the driving force behind the resurrection of travel and tourism.”