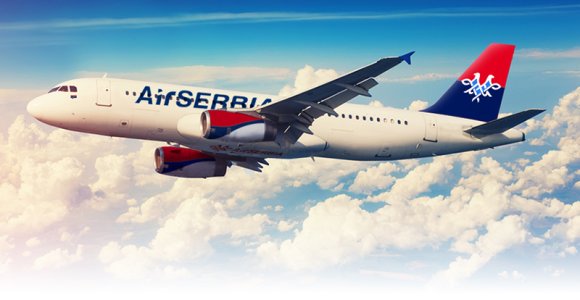 Air Serbia is adding more destinations back to its network over the coming weeks and deepening its codeshare agreement with Russian carrier Aeroflot.

Flights between Belgrade (BEG) and Thessaloniki (SKG) in Greece resumed on May 21, with service to Prague (PRG) in the Czech Republic and Sofia (SOF) in Bulgaria restarting on June 4.

Service to SKG will initially be 3X-weekly, rising to 7X-weekly by mid-June. Flights will be 2X-daily on Mondays and Fridays and 1X-daily on Tuesdays, Saturdays and Sundays. The PRG and SOF routes will be 2X-weekly and 3X-weekly, respectively, for the majority of the summer season.

“Having in mind the gradual relaxing of travel restrictions, as well as the approaching peak of the season, we have decided to re-establish flights to certain popular destinations in our network,” Air Serbia general manager of commercial and strategy Jiri Marek said.

“We are glad that our passengers will have the opportunity to spend their summer vacation in the Thessaloniki region, and we are doing our best to make their trip easier. Direct flights to the capitals of the Czech Republic and Bulgaria are also very important for us, both for economic and touristic reasons.”

Data provided by OAG Schedules Analyser shows that Serbia’s national carrier plans to serve 46 destinations by w/c July 5, 2021, operating about 54,300 departure seats. This compares with 49 destinations and 81,800 seats during the same week in 2019.

As well as resuming the routes to Thessaloniki, Prague and Sofia, Air Serbia has expanded its existing codeshare partnership with Aeroflot.

In addition to codesharing on each other’s BEG-Moscow Sheremetyevo (SVO) flights, Aeroflot will now place its SU code on Air Serbia’s BEG-St Petersburg Pulkovo (LED) service, which will be 2X-weekly from June 8.

The move comes as Air Serbia also intends to resume flights from BEG to Krasnodar (KRR) in Russia and launch a new route to Rostov-on-Don (ROV).