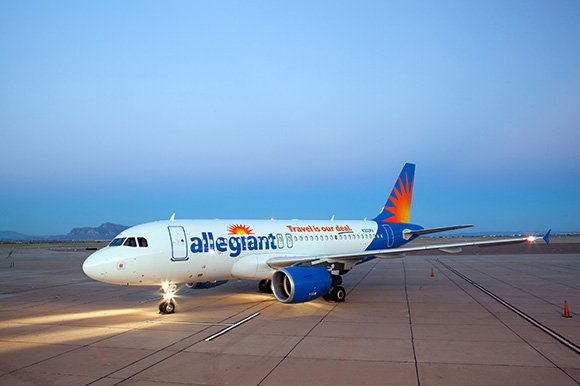 The Las Vegas-based carrier is the dominant operator at Phoenix Mesa Gateway (AZA)—located some 31 mi. away from PHX—but has not previously served PHX.

From Oct. 8, the airline will add flights to Provo Airport (PVU), Utah, followed by Stockton Metropolitan Airport (SCK), California, on Oct. 15. Both routes will be served 2X-weekly.

Elsewhere, the airline plans to add a route from St. Pete-Clearwater International (PIE), Florida, to Northwest Arkansas National (XNA) from July 2, followed by service from PIE to PVU on Oct. 7.

A route to Pittsburgh (PIT) from AZA begins Aug. 19, with flights from Fort Lauderdale (FLL), Florida, to XNA starting on Oct. 8.

“We're hearing nothing but excitement from travelers looking forward to taking some long-overdue vacations," Drew Wells, Allegiant SVP of revenue and planning, said.