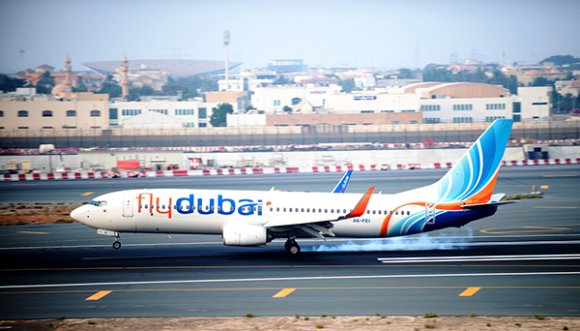 Wizz Air Abu Dhabi will fly two times per week to Santorini from July. With Greece and the United Arab Emirates having opened a travel corridor earlier in May, vaccinated travellers can visit the island without needing to quarantine. The carrier will serve Santorini (JTR) from Abu Dhabi (AUH0 2Xweekly from July 2 using Airbus A321neos. In addition, Wizz Air Abu Dhabi has placed it summer 2022 schedule on sale. The ULCC will operate to 24 destinations during the season.

EasyJet has launched flights from Belfast International (BFS) to Bournemouth (BOH) on the south coast of England for the first time. Flights are operating up to 2X-weekly on Wednesdays and Saturdays throughout the summer. It is hoped the new route will attract domestic leisure travelers seeking a vacation, as well as VFR traffic.

Málaga (AGP) will return to Qatar Airways’ network from July 2 as Spain begins to ease travel restrictions for tourists. The city, which became the third Spanish destination in the airline’s network in June 2018, will be served by flights on Friday and Sunday from Doha (DOH) using A350-900 aircraft.

Ukraine International Airlines (UIA) is resuming flights to Warsaw (WAW) from June 18. Service from Kyiv Boryspil (KBP) will be 3X-weekly on Tuesday, Friday and Sunday, departing the Ukranian capital at 9.55 a.m. and arriving in Warsaw at 10.30 a.m. The return flight leaves Poland’s capital at 2.05 p.m. and arrives back in KBP at 4.35 p.m. UIA will compete directly with LOT Polish Airlines on the route, OAG Schedules Analyser data shows. LOT and Wizz Air also serve Kyiv Zhuliany (IEV) from WAW.

As part of a rebrand from Viva Air to Viva, the Colombian ULCC has announced its intention to launch 15 new international routes over the next three years. The pledge comes on top of four services this year, connecting Medellín (MDE) with Cancun (CUN), Mexico City (MEX) and Orlando (MCO), as well as between Bogota (BOG and MEX. “Viva estimates that as a group it will transport approximately 50 million passengers from 2022 to 2025, representing a further step forward to consolidate its reputation as the best low-cost airline in the region,” the carrier said in a statement.

Finnair will restart its Helsinki (HEL)-Vilnius (VNO) service starting from June 15 with 4X-weekly flights. The route will be operated on Tuesdays, Thursdays, Fridays and Sundays. Service will then increase to 1X-daily from July 19. “Finnair is preparing to grow its flight schedule this summer with a focus on leisure destinations, as the vaccine roll-out is expected to enable the reopening of travel in many countries,” the oneworld alliance member said.

S7 Airlines is to open two new routes to destinations in Croatia. The Russian carrier will serve Split (SPU) and Zadar (ZAD) from Moscow Domodedovo (DME) from June 25 and 26 respectively. Both routes will operate 1X-weekly. The airline already serves Pula (PUY) in Croatia from DME.

Air Astana will resume direct flights from Atyrau (GUW) in western Kazakhstan to Amsterdam (AMS) on June 3. Flights will be 1X-weekly on Thursdays using A321 aircraft. This service between supplements the existing flight on Wednesdays between GUW to Frankfurt (FRA).