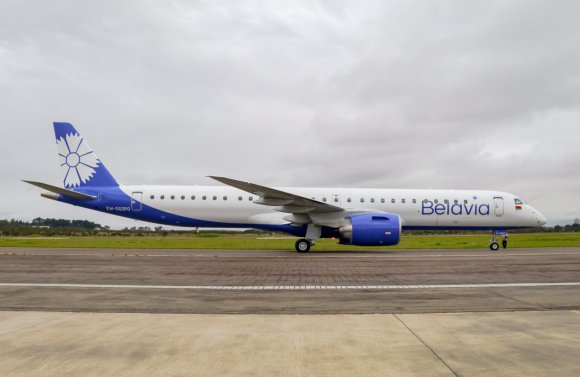 Twenty-five destinations in 17 countries been removed from Belavia’s route network as the fallout from the forced diversion of a Ryanair flight to the Belarusian capital Minsk continues.

Belarus’ national airline operated a sizeable European network prior to the incident on May 23, flying to 40 destinations from Minsk (MSQ).

The carrier also flies to the likes of Dubai International (DXB) in the United Arab Emirates, Nur-Sultan (NQZ) in Kazakhstan, Tashkent (TAS) in Uzbekistan, and Tel Aviv (TLV) in Israel.

However, Belavia’s ability to serve its route network has been significantly weakened in recent days after the European Union and UK closed their airspace to Belarusian flights.

The closure follows the diversion of Ryanair flight FR4978, which was on its way from Athens (ATH) to Vilnius (VNO) but diverted to Minsk after Belarusian ATC had warned the flight’s crew of a security threat.

However, upon arrival in Belarus’ capital, journalist Roman Pratasevich, an opponent of Belarusian president Alexander Lukashenko, and his girlfriend Sofia Sapega, were arrested. No bomb was found on board.

As a result of the airspace closures, Belavia has confirmed that routes to 17 destinations in 13 countries will be suspended through Oct. 30, 2021. A further six destinations will be halted until late August and two more until the end of June.

In a statement, the carrier expressed regret at the situation, saying: “Unfortunately, in connection with the circumstances beyond the control of the airline, Belavia is now forced to cancel dozens of flights during the peak of the season.

“The situation is complicated by the fact that the carrier has recently begun to recover after the massive flight cancellation due to the pandemic in 2020.”

Routes’ analysis of OAG Schedules Analyser data shows that routes being suspended accounted for 107 weekly frequencies from MSQ during w/c May 17, 2021, out of a combined total of 175 flight departures.

The cancellations mean that Belavia’s network will shrink from 45 destinations to just 20—eight of which are to points in Russia.

The research also reveals that the 25 destinations account for more than half of the airline’s weekly capacity. A total of 44,071 weekly seats were available during w/c May 17, with more than 24,000 on routes that have now been suspended.

As well as the flight cancellations, KLM and Finnair have suspended their codeshare operations with Belavia.

Although most airlines continue to fly around Belarus, operators from Russia and China continue to use Belarussian airspace. Russia has also denied entry to Air France and Austrian Airlines because they planned to avoid flying over Belarus to get to Moscow.