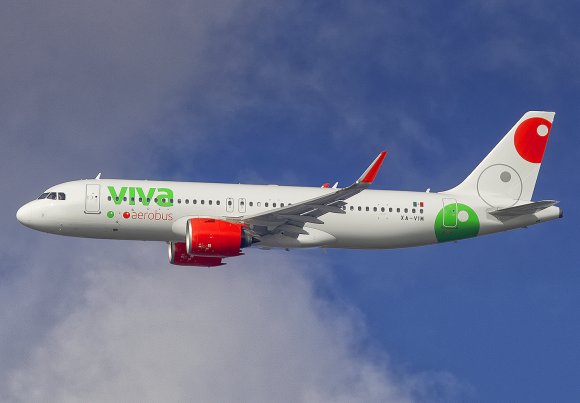 Viva Aerobus is starting two new scheduled routes to the US, with plans to return to Miami (MIA) for the first time in almost a decade.

Reservations have opened for flights from Mexico City (MEX) and Cancun (CUN), starting Dec. 17. Flights from Mexico’s capital will be daily, while service from the vacation resort of Cancun will be 1X-weekly.

The proposed launch comes despite the FAA’s recent downgrade of Mexico’s safety rating, a consequence of which prohibits Mexican carriers from launching new routes. However, the FAA allows airlines to begin flights if the route has already been authorized.

In the case of MEX-MIA and CUN-MIA—as well as the routes Viva Aerobus plans to start in June and July—approval had been given prior to the downgrade.

Following the decision to move Mexico to Category 2, Viva Aerobus said it was “confident that the country will recover Category 1 as soon as possible” thanks to the efforts of the Federal Civil Aviation Agency (AFAC) and other government bodies in Mexico.

“Viva Aerobus reaffirms its commitment of working with all key players of the aeronautical industry, to help strengthen AFAC’s position as the Mexican industry regulator, by sharing its knowledge, infrastructure, and technology, to regain Mexico´s safety rating to Category 1,” the ULCC added in a statement.

Viva Aerobus last served Miami in May 2012 with flights from Monterrey (MTY).

Data provided by OAG Schedules Analyser shows the airline will compete with American Airlines, Frontier Airlines and LATAM Airlines Group on the CUN-MIA sector, while Aeromexico, American and Volaris offer flights between MEX and MIA.