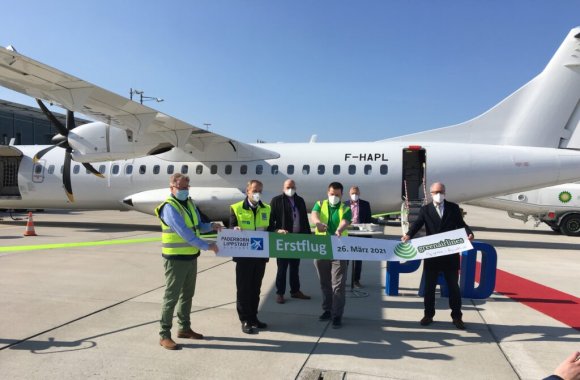 Germany’s Green Airlines is to launch five routes from Groningen Airport Eelde (GRQ) in the Netherlands, connecting the city with leisure destinations in Spain, Portugal, Greece and Finland.

Palma de Mallorca (PMI) and Ibiza (IBZ) in the Balearic Islands, as well as the Greek island of Corfu (CFU), will each receive two flights per week from July, while Faro (FAO) in Portugal will be served 1X-weekly.

From Sept. 1, the Finnish coastal city of Turku (TKU) will also be added to the airline’s network, with five services per week planned.

Green Airlines is a virtual carrier, meaning that it only handles ticket sales and marketing. Flights from GRQ will therefore be on board a wet-leased Embraer 190 from German Airways, with space for 100 passengers.

“In light of the progress in vaccinations, we are looking forward to the upcoming travel season and our launch at Groningen Airport Eelde,” Green Airlines founder and CEO Stefan Auwetter said.

“We are convinced that with an attractive program and our sustainable flight concept we will appeal to many travelers in the region.”

Since then, the carrier has announced plans to serve four vacation destinations from PAD, starting in July. Flights to PMI will be 2X-weekly, while service to Greek islands of Crete (CHQ) and Rhodes (RHO) will also be twice a week. Kos (KGS) will receive 1X-weekly flight.