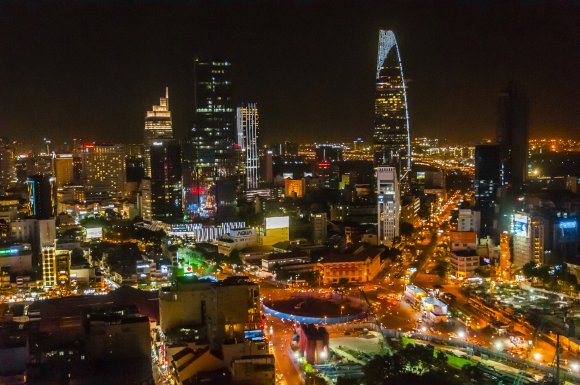 Bamboo Airways has taken another step toward its ambition of launching scheduled service between Vietnam and the US.

Ahead of the planned launch, the airline has requested permission from the US Department of Transportation for much broader authority to serve the US.

Documents filed with the department seek approval for flights between Hanoi (({HAN}}) and SGN to Los Angeles, San Francisco, New York, Seattle, Washington and Dallas, as well as connecting service to Vancouver, Montreal and Toronto.

The routes between Vietnam and the US would operate via intermediate points of Nagoya, Osaka, and Taipei. Bamboo said it also plans codeshare service with “a major US carrier.”

While the exact schedules of Bamboo’s proposed LAX and SFO routes are yet to be published, the airline expects flights to arrive in LAX and 9.30 a.m. and depart for SGN at 12.30 p.m. The SFO service will land at 10 a.m. and leave for SGN at 1 p.m.

Although there are currently no nonstop flights between Vietnam and the US, Vietnam Airlines operated a number of repatriation flights between HAN and Houston George Bush (IAH), SFO and Washington Dulles (IAD) during 2020.

Sabre Market Intelligence data shows that O&D traffic between Vietnam and the US totaled 1.77 million two-way passengers during 2019—all of which was indirect. The biggest O&D city pair was Ho Chi Minh City-Los Angeles with 300,300 passengers, followed by Ho Chi Minh City-San Francisco with 198,000.

Bamboo began flight operations in January 2019 and has since transported more than 7.5 million passengers. To support the launch of the US operations, the airline is in the process of setting up a representative office in the country.