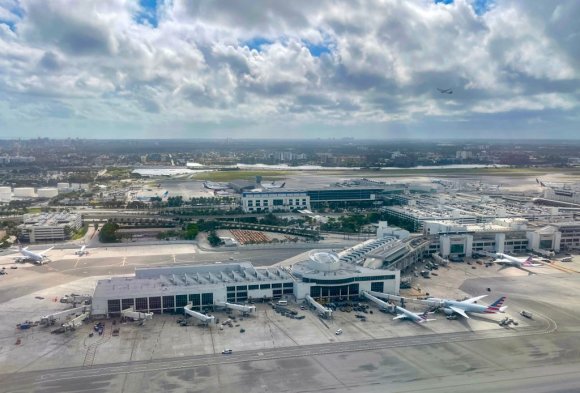 Emirates is set to add another US gateway to its network from late July with flights to Miami (MIA).

The city will become the airline’s second destination in Florida alongside Orlando (MCO) and the 12th point in the US served by the carrier—the same number as before the pandemic.

Flights between Dubai (DXB) and Miami will operate four times per week from July 22 on board a three-class Boeing 777-300ER, offering eight suites in first class, 42 lie flat seats in business class and 304 seats in economy.

The route will offer an alternative to the carrier’s previous Fort Lauderdale (FLL) service, which operated four times per week using 777-200LRs until March 2020. Emirates confirmed last August that FLL was one of a number of routes likely to be permanently cut from its network.

Nonstop flights from DXB to FLL began in December 2016, at the time becoming the carrier’s 11th passenger route to the US. Service was initially daily before reducing to 4X-weekly.

Speaking about the decision to begin Miami service, Emirates chairman and CEO Ahmed bin Saeed Al Maktoum said the plans signal its confidence in the recovery of long-haul travel, helped by advancing vaccination programs in the US and United Arab Emirates.

“There is a clear demand for this service from both leisure and business travellers, and we anticipate that our new route will be warmly received across our global network, as well as by travellers in Southern Florida, South America and the Caribbean who can conveniently access Dubai and our wider network via Miami’s many air service connections,” he said.

The MIA route will also add to the existing trade connections provided by Emirates SkyCargo, the freight division of Emirates, which has been operating scheduled cargo flights to MIA since October 2020, exporting perishables, electronics and other components, as well as e-commerce goods.

The carrier has also in the past operated several charter flights on its 777-freighter aircraft to transport horses from Miami to equestrian events around the world.

Analysis of OAG Schedules Analyser data shows that Emirates’ current US capacity of 40,200 weekly seats is the highest total since mid-March 2020.

By late July, the airline will be operating about 53,300 weekly seats to and from the US. This compares with 88,300 during the same week in 2019, meaning that capacity will be about 60% of the level it was two years ago.

In addition to the Miami launch, flights to Orlando will resume from July 2, operating 4X-weekly using 777-200LRs.

OAG data shows Emirates also intends to replace 777-300ERs with Airbus A380s on routes from DXB to Washington Dulles (IAD) and Los Angeles (LAX), while the larger 777-300ER will replace the 777-200LR on service to Seattle (SEA).

Alongside the planned resumption of A380s on routes to IAD and LAX, Emirates plans to operate the aircraft to Bahrain International (BAH) for the first time later this month, upgrading service from 777-300ERs.

“The change of aircraft will help meet growing demand to and from Bahrain during the summer and underscores the airline’s commitment to make connections for travellers to and through Dubai even easier,” Emirates said in a statement.