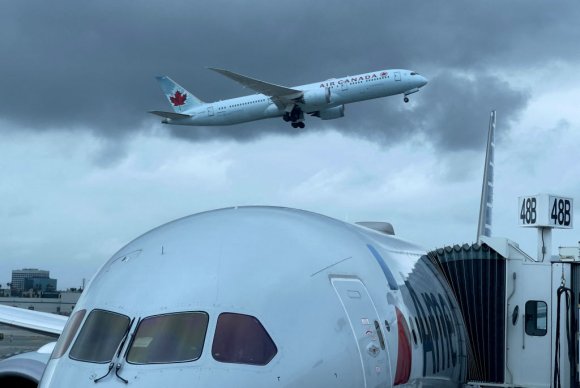 Airlines in the US and Canada have urged the Canadian government to ease COVID-19 travel restrictions between the countries to pave the way for the restart of transborder travel.

Trade bodies the National Airlines Council of Canada (NACC) and Airlines for America (A4A) have sent a letter to Prime Minister Justin Trudeau’s administration that calls for the swift implementation of a roadmap to enable the resumption of many air routes.

The letter asks for a plan to be completed and announced by June 21, when the existing US-Canada border measures are set to potentially be renewed. The border between the countries has been closed for all non-essential travel since March 2020.

“As vaccination rates increase exponentially in both countries, and provincial governments release their restart plans, now is the time for the federal government to engage immediately with airlines to deliver a clear roadmap and timeline to reopen the air border,” the letter says.

According to data provided by OAG Schedules Analyser, two-way capacity between the US and Canada is currently 61,372 weekly seats (w/c June 7, 2021) across 37 airport pairs. This compares with 755,582 seats and 162 airport pairs during the same week in 2019.

The letter to the Canadian government follows the recently released report from the COVID-19 Testing and Screening Expert Advisory Panel established by Canada’s Minister of Health in November 2020.