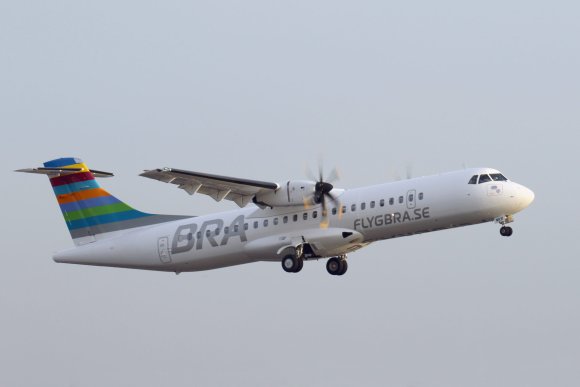 The airline, which began operations in 2016, plans to begin flying to the city of Aarhus in September. Connections will initially be offered to Gothenburg and Stockholm, followed by Scandinavian Mountains Airport (SCR) in December.

The year-round route from Aarhus (AAR) to Gothenburg Landvetter (GOT) starts on Sept. 27 with a return flight every day of the week except Saturday. Flights will also be offered to Stockholm Bromma (BMA) 5X-weekly via a short stop at GOT from the same start date.

Scandinavian Mountains Airport, also known as Sälen Trysil, joins BRA’s network from Dec. 19. The airport, located in the heart of Scandinavia's largest alpine ski area, will be served on Wednesdays and Sundays.

“Not only are these some extremely popular destinations that stimulate the travel potential both ways, and thereby benefit both Denmark and Sweden, we are also very pleased that BRA has chosen to kickstart their entry into the international arena here at Aarhus,” CEO of AAR Nicolai Krøyer said.

Per G. Braathen, who owns BRA, added: “Aarhus is an extremely good match for the airline with attractive guest potential in the Greater Aarhus area and it excites us to bind Nordic points closer together. Flying between major points in Denmark and Sweden presents great business impetus and strengthens the tourism eocnomy in both countries.”

Data provided by OAG Schedules Analyser shows that the Aarhus-Gothenburg market was previously served by British Airways (BA) until May 2019.

BA and SAS also operated flights between Aarhus and Stockholm until March 2020, flying to BMA and Arlanda (ARN) respectively. However, both routes have been suspended since the start of the pandemic.

BRA has a fleet of 12 ATR 72-600s and currently operates five domestic routes in Sweden from its home base at Stockholm Bromma.