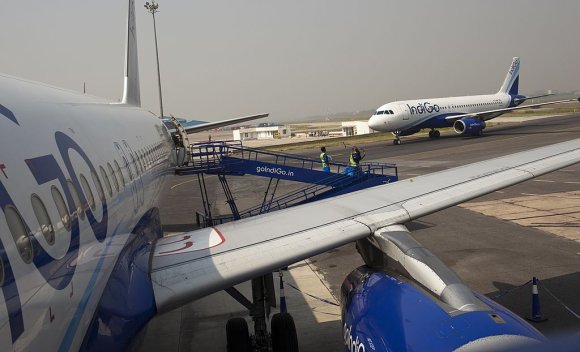 IndiGo is adding a new domestic destination to its network despite the ongoing disruption to India’s aviation sector caused by a second wave of COVID-19 across the country.

Service is being added to the city of Darbhanga, located in the northern Indian state of Bihar and home to some 300,000 people.

The carrier will make its debut at Darbhanga Airport (DBR) on July 5, offering two routes. Daily Airbus A320 service is being added to Kolkata (CCU) in West Bengal and Hyderabad (HYD) in Andhra Pradesh.

IndiGo will compete on both routes with fellow LCC SpiceJet, which began serving DBR-HYD in February 2021 and DBR-CCU the following month. SpiceJet currently offers a 1X-daily flight on each using Boeing 737s to Hyderabad and De Havilland Canada DHC-8s to Kolkata.

The planned launch of IndiGo’s latest domestic destination comes despite the huge rise in COVID-19 cases across India during April and May, which has badly hurt the country’s airlines.

In late May, India’s Ministry of Civil Aviation cut the amount of domestic capacity carriers are allowed to operate in June from 80% of pre-pandemic levels to 50%. The government department also increased the upper cap on air fares as part of efforts to help safeguard the viability of airlines.

Speaking on June 7 following the publication of IndiGo’s results for the previous financial year to March 31, CEO Rono Dutta said the latest COVID wave in India has contributed to a “significant drop in demand.” “We started seeing the decline in airline travel in March, but this decline accelerated in April and May,” he said.

Despite this, Dutta claimed the short-term signs are starting to look more positive. “While May started off with very weak traffic, we did see a modest turnaround beginning from the last week of May and this has continued into early June,” he said.

Dutta added that bookings for domestic flights during February 2021 reached about 80% of pre-pandemic levels—and he hopes this level of demand will return by quarter three of the company’s financial year. But he said the outlook for international traffic “continues to be bleak.”