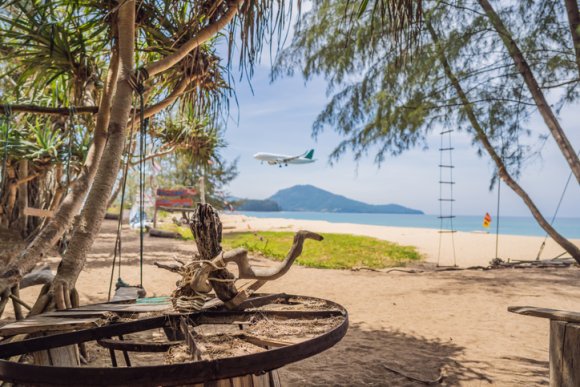 Air Arabia plans to join Etihad Airways and Emirates by offering service from the United Arab Emirates (UAE) to the Thai island of Phuket.

The LCC will begin nonstop route from Sharjah (SHJ) to Phuket (HKT) on July 2, operating three flights per week using Airbus A321 aircraft.

The launch of the route comes after the Tourism Authority of Thailand confirmed that travelers who have been vaccinated against COVID-19 from low-risk countries will be allowed to fly direct to the popular vacation destination without having to quarantine from July 1.

Visitors will need to stay in the area they landed in for seven days before they can visit other destinations in Thailand.

Data provided by OAG Schedules Analyser shows that Air Arabia will be the only LCC offering flights between the UAE and Phuket.

Etihad plans to resume a 3X-weekly Abu Dhabi (AUH)-HKT route from July 1 using Boeing 787-9s, while Emirates will restart a 4X-weekly Dubai (DXB)-HKT service on July 2 on board 777-300ERs. Both Etihad and Emirates last served the respective routes in March 2020.

Meanwhile, Air Arabia Abu Dhabi—the joint venture between Air Arabia and Etihad—will in July begin a new route to Sarajevo, the capital of Bosnia and Herzegovina. Flights from AUH to Sarajevo (SJJ) start on July 12 and will operate 2X-weekly on Mondays and Saturdays using A320s.

The new service represents the 11th route launched by Air Arabia Abu Dhabi since the LCC began operations in July 2020.