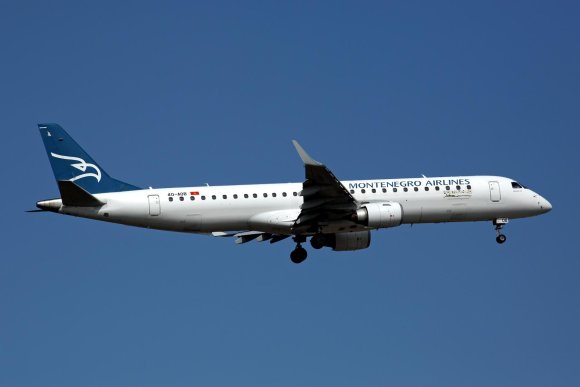 Air Montenegro plans to start scheduled services June 10, less than six months after the demise of its predecessor, Montenegro Airlines.

The initial destination for the small southeast European state’s new national carrier will be the Serbian capital Belgrade (BEG), which will be served from both the Montenegrin capital Podgorica (TGD) and the country’s second-largest city, Tivat (TIV).

The link to Belgrade was the busiest route for Air Montenegro’s predecessor. Since Montenegro Airlines’ demise on Dec. 26, 2020—when the country’s government said it was unable to pump in any more funding—competitor Air Serbia has increased its frequency on the sector considerably.

Air Montenegro will begin services to Ljubljana (LJU) in Slovenia and Banja Luka (BNX) in Bosnia and Herzegovina late in June, while a Frankfurt (FRA) service will open July 15. The last of these routes is a reflection of the number of Montenegrin citizens living in Germany, according to Air Montenegro executive director Predrag Todorović.

The number of German tourists visiting the Balkan nation is also a factor in the new airline’s calculations. Despite having pulled the plug on the previous national airline, the Montenegro government has moved swiftly to create its successor, which has the legal name of ToMontenegro; Air Montenegro is the operating title.

The new airline’s logo of a stylized eagle’s head is almost identical to that of its predecessor, although specialist Balkan website Ex-Yu Aviation reports that the aircraft will operate in an all-white color scheme before being repainted during the winter 2021-22 season.

The former Montenegro Airlines operated three Embraer E195s and a single Fokker 100. The new carrier has a single E195 for initial operations and it is believed a second will arrive shortly.